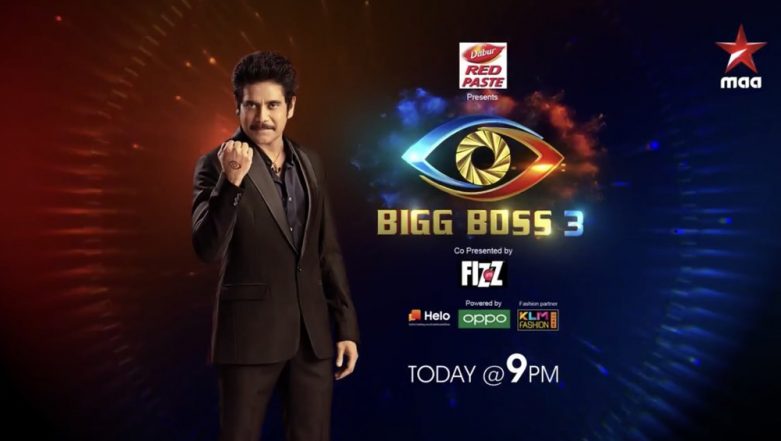 This season of Bigg Boss Telugu has seen more controversies than ever. It all started with journalist Swetha Reddy and actress Gayatri Gupta filed cases against the makers, alleging them of fraud and harassment. Hyderabad Journalist Accuses Bigg Boss Telugu Organisers of Demanding Sexual Favours

And soon followed the case of Hyderabad resident, K Jagadishwar Reddy, filing a petition and requesting a stay on the show till it is censored daily. In his petition filed in the Telangana High Court, the petitioner alleged that a 'proper mechanism for daily censorship of the show's episodes' must be put in place before it airs. He was quoted as saying, "The third season of the reality show is scheduled to commence from July 21 and there is every need to restrain Maa TV and Annapurna Studios and Tollywood hero Akkineni Nagarjuna." Bigg Boss Telugu 3: ‘Obscenity’ Accusations and Censorship Pleas Rock the Show Even Before It Goes On-Air

Apart from controversies, Bigg Boss Telugu 3 was previously in the news for host Akkineni Nagarjuna's paycheque, which will be an amount of Rs 12 Lakh per episode. The previous seasons of Telugu Bigg Boss were hosted by Junior NTR who charged Rs 10 Lakhs per episode and Nani who was paid roughly the same amount, for their respective seasons.