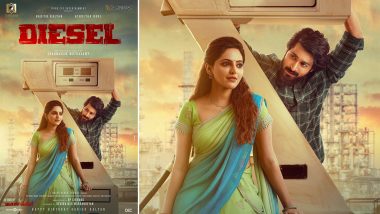 The film, which has cinematography by MS Prabhu, has music by Dhibu Ninan Thomas. Editing for the film is by Shan Lokesh. Only a couple of days ago, the actor had shared a series of pictures on social media in which he had showed off his toned body. The actor had then said that he had pushed his limits to achieve this look for his upcoming movie, the first look of which was coming soon.

(The above story first appeared on LatestLY on Jun 28, 2022 07:01 PM IST. For more news and updates on politics, world, sports, entertainment and lifestyle, log on to our website latestly.com).