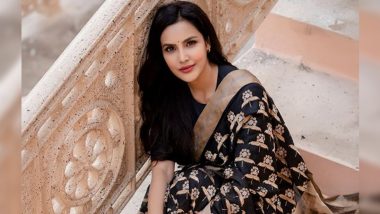 South beauty Priya Anand has turned a year older today. The gorgeous actress celebrates her 34th birthday on September 17 and her fans have been showering her with heartwarming wishes on Twitter. From posting thoughtful messages to sharing throwback pictures from her photoshoot or from the sets of her film or stills from her movies, fans are ensuring to make it a special one. Fans are using the hashtag #HBDPriyaAnand for the Ezra actress and trending it on top on Twitter. Priya Anand Birthday Special: 7 Times She Weaved Magic with Her Love for Sarees (View Pics).

Priya Anand has done films not only in south, but she has also done a few Hindi movies. The 34-year-old had made her acting debut in 2009 with the Tamil film Vaamanan. She has also played a supporting role in English Vinglish. The other popular Hindi films done by her include Rangrezz, Fukrey and Fukrey Returns. And now, let’s take a look at some of the heartfelt wishes posted by fans for Priya Anand on her birthday.

Happie Bday to the ever gorgeous and Talented actress @PriyaAnand mam. Wishing you an year full of happiness in your life and challenging roles in your professional career mam. #HappyBirthdayPriyaAnand #HBDPriyaAnand #PriyaAnand pic.twitter.com/q3zzmNj5TD

On the work front, Priya Anand was last seen in Adithya Varma, the film that marked Dhruv Vikram’s debut. She will next be seen in a comedy drama titled Sumo that is helmed by SP Hosimin, who is the assistant of director S Shankar. Happiest birthday to the gorgeous Priya Anand!

(The above story first appeared on LatestLY on Sep 17, 2020 11:17 AM IST. For more news and updates on politics, world, sports, entertainment and lifestyle, log on to our website latestly.com).