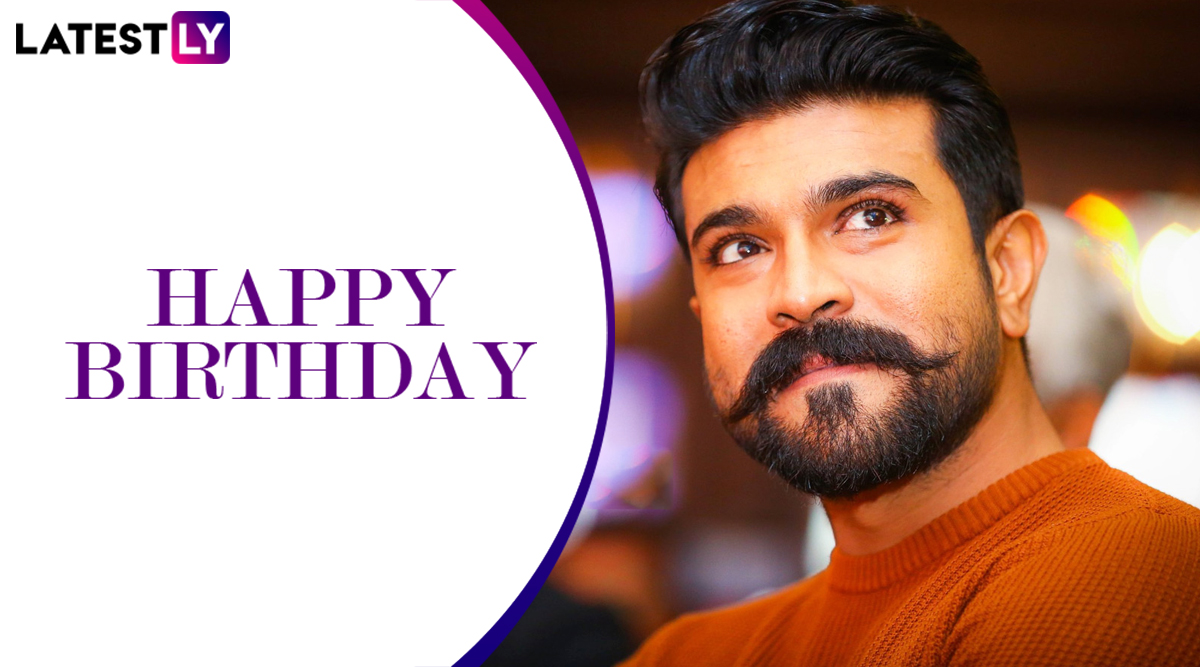 Happy Birthday, Ram Charan! Since 2007 he has been winning hearts of Tollywood lovers. Yes, it was in that year when Megastar Chiranjeevi and Surekha’s son made his debut in the film industry. Born on March 27, 1985, Ram Charan is one of the most loved actors down south. Not only that, he is also considered as one of the most influential actors in Tollywood. Be it any role, Ram Charan has pulled off with absolute ease. Besides being a brilliant actor, Ram Charan is also a producer and an entrepreneur. Yes, he is an all-rounder, and Tollywood is really lucky to have a star like him. Ram Charan Joins Twitter a Day Before His Birthday!

Ram Charan has entertained each one of us throughout these year. His amazing performances have also helped him garner some of the prestigious awards. Ram Charan made his acting debut with the film Chirutha, which was quite a hit at the box office. But he shot to fame for his role in the SS Rajamouli directorial, Magadheera, released in 2009. On this special day, let’s take a look at some of his best movies, which not only won accolades but was also lauded by critics and fans. Coronavirus Outbreak: RRR Actor Ram Charan Humbly Requests Fans to Avoid Celebrations On His Birthday.

Magadheera was Ram Charan’s second movie, and it was this SS Rajamouli directorial that shot him to fame in Tollywood. The movie that was based on the concept of reincarnation and eternal love, won the National Award for Best Choreography and Best Special Effects at the 57th National Film Awards.

With Naayak, Ram Charan played double role for the first time. Kajal Aggarwal and Amala Paul are the leading ladies in this movie. It turned out to be a perfect Sankranthi entertainer in 2013 that had the right dose of action and mass appeal.

Although Yevadu opened to decent reviews, this Vamshi Paidipally movie was a box office hit. Ram Charan’s performance was lauded by critics and fans. It one of the highest grossing Telugu films of 2014.

Dhruva was the remake of the Tamil film Thani Oruvan, in which Ram Charan played the role of a police officer. The film directed by Surender Reddy also featured Aravind Swami, Rakul Preet Singh and Navdeep in key roles.

Sukumar directorial Rangasthalam, was lauded for the crisp plot and the performances of the star cast. In this film, Ram Charan is seen as partially deaf, ill-tempered and jovial resident of a village named Rangasthalam. This movie also won the National Film Award for Best Audiography.

On this special day, fans of Ram Charan are expecting him to share his look from his upcoming flick, RRR, which is a magnum opus, directed by SS Rajamouli. Here’s wishing the hero of Tollywood tons of love and happiness. Happy Birthday, Ram Charan!