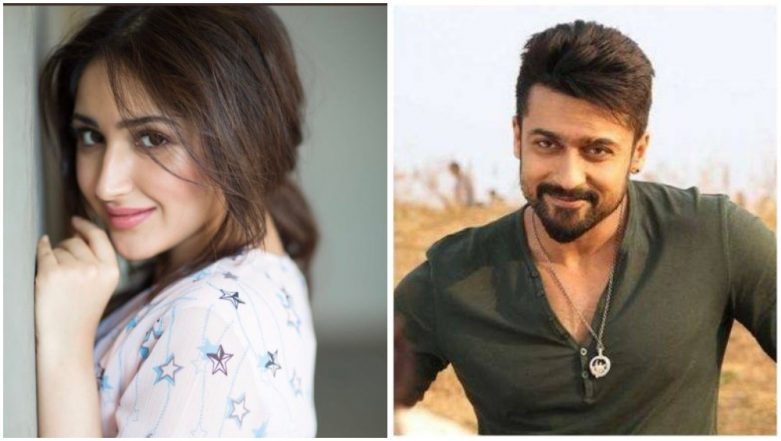 Sayyeshaa to play the female lead in Suriya's next.

Suriya Sivakumar's 37th film just got bigger when it comes to the casting. We had earlier reported about how the movie will bring Malayalam superstar Mohanlal back to Tamil cinema, after the 2015 blockbuster Jilla (co-starring Thalapathy Vijay). The movie is directed by KV Anand and also stars Allu Sirish and Boman Irani. Now the latest update about the casting for the movie is that the pretty Sayyeshaa has been roped in to play the female lead in the movie.

Sayyeshaa, who made her debut in Bollywood with Ajay Devgn's ambitious directorial Shivaay, is quite busy down South with some really exciting projects. Last seen romancing Jayam Ravi in the adventure Tamil film Vanamagan, Sayyeshaa has three huge movies coming out soon in Vijay Sethupathy's Junga, Arya's Ghajinikanth and Karthi's Kadaikutty Singam. Now she will romance Karthi's elder brother in the yet-untitled movie. Check out her tweet confirming the role in the movie -

Very happy to announce my next film opposite the dynamite @Suriya_offl sir being directed by the brilliant @anavenkat sir! It’s an honour to be able to share screen space with @Mohanlal sir! @AlluSirish see you soon in London! @Jharrisjayaraj br>Need your love and blessings pic.twitter.com/aQNE8MOmNf

Talking more about the movie, this is Suriya's third collaboration with KV Anand, after working with him in movies like Ayan and Maatran. KV Anand has himself scripted the movie along with novelist Pattukottai Prabhakar, while Harris Jayaraj is the music composer. The movie will reportedly begin the production from June 25. The makers are aiming to release the movie during Diwali this year.