Suriya Teams Up With Mohanlal for KV Anand's Next and We Can't Contain Our Excitement! 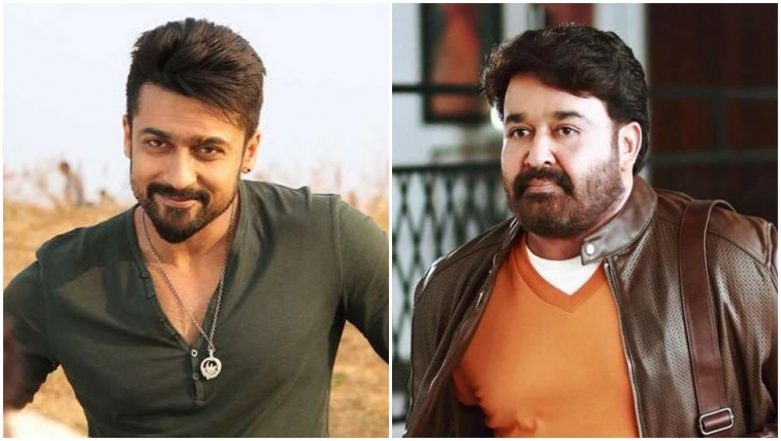 Recently, Suriya had come down to Kerala for Malayalam actors organisation AMMA's special programme as a chief guest. Now we get to hear that he has brought one of Malayalam's big legends to act with him in his upcoming movie. Mohanlal will be seen rubbing shoulders with the Singam star in director KV Anand's next.

The director himself has confirmed the news, when he tweeted, "We are very much Honoured to have my lovely Hero @Mohanlal and Charming @Suriya_offl together in our next film. @LycaProductions." To which, Suriya replied, "Can’t thank you enough for making this happen..!!  @anavenkat @Mohanlal". The movie, which is yet to get a title, is touted to be a thriller with Mohanlal seen in a crucial role. However it is not yet confirmed if he is playing the main antagonist.

In a recent report in TOI, a source close to the development told the publication, "The team felt that Suriya and Mohanlal will be an interesting combination, and approached the actor. Fans of both these stars can expect a lot of scenes where the two will share screen space."

KV Anand has himself scripted the movie along with novelist Pattukottai Prabhakar, while Harris Jayaraj is the music composer. The movie is reportedly beginning the production from June 25. Suriya has worked with KV Anand in movies like Ayan and Maatran.

Mohanlal was last seen in Tamil cinema in Jilla, where he played Vijay's adopted father. The movie was a huge blockbuster both in Tamil Nadu and Kerala.