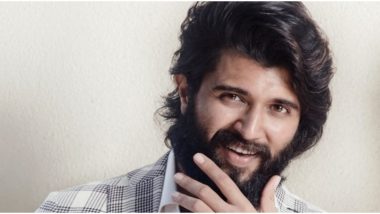 Vijay Deverakonda started his Middle Class Fund to help all the struggling middle-class families in coronavirus crisis. The aim was to raise money for the people and families who were severely affected amid the COVID-19 outbreak in the country. The fund started under his Deverakonda foundation was able to support 17,723 families but it's time he put it on hold. The actor realised it was time to shut down his fund after restrictions started easing down across the country and to keep his transactions transparent, he decided to share his institution's final financial report.5 Reasons Why Vijay Deverakonda Is Loved And One Of The Most Successful Actors Today!

The report states that his organisation was able to collect over Rs 1.70 crore in its due course and the amount was equally distributed between those 17,723 families. He was able to achieve the feat in a very short span of 30 days and he's eternally grateful to his donors and volunteers who helped him in assisting these different families. The actor contributed Rs 25 lakh to his fund and the rest were donations from the public.

A snapshot of the work we did over the last 36 days.

We thank our donors, the volunteers, our team, and everyone involved for making this one big mass middle class movement!

Vijay further clarified that though he's temporarily shutting down his fund, it will be reactivated if a similar situation arises in future. The actor was earlier embroiled in a controversy when a particular website tried to show his charity organisation in a bad light. The actor had then tweeted his reaction by saying, "When someone who is supposed to be the guardian of truth lies to you or betrays your trust, intentionally - the society is in danger. This video is my responsibility to my people. Meanwhile, you are welcome to continue trying to end my career, destroy my image, and write nonsense about me." Vijay Deverakonda Planning to Take a Legal Action Against the Website Who Accused Him of Misusing Funds Raised by His Charitable Organisation.

Coming to his work front, the actor will be next seen in Fighter alongside Ananya Panday.

(The above story first appeared on LatestLY on Jun 02, 2020 09:09 PM IST. For more news and updates on politics, world, sports, entertainment and lifestyle, log on to our website latestly.com).