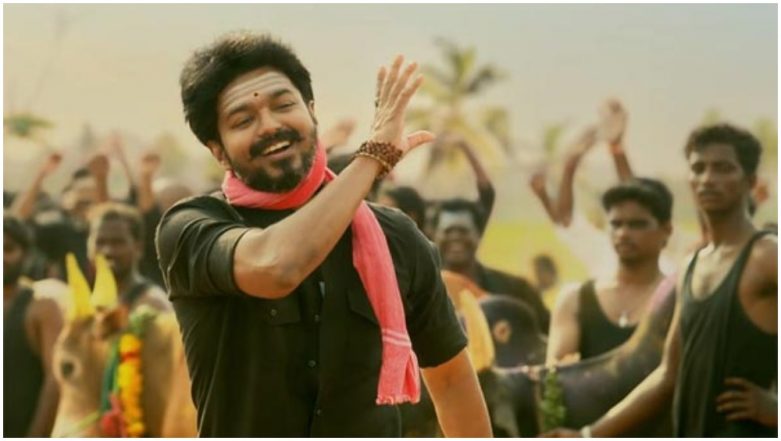 Okay, don't call us pessimists and spoilsports before hearing us out! We are always in the celebrations when any of our Indian cinema gets honoured in respectable films festivals abroad. We loved it when Lagaan made it to the top five of the Academy Award Foreign Language Film Nominations. We rejoiced when AR Rahman and Resul Pookutty won Oscars for their work in Slumdog Millionaire. We cheered when movies like Masaan, Monsoon Wedding, The Lunchbox, Visaranai received honours at various film festivals. But some 'victories' we often take with a pinch of salt. Especially the ones that comes with audience voting.

Tamil movie Mersal, starring superstar Vijay, had been nominated for two categories at 2018 National Film Awards UK. It was nominated for two categories - Best Foreign Language Film and Best Supporting Actor. Tamil fans, especially that of Vijay's, will be glad to know that the Atlee movie has won the award in the first category beating seven other nominees, that too acclaimed ones. So it's to celebrate! Yay!

Okay...now that the cheers have been done and the crackers have been burst, let's talk reality here. So how exciting is the win and how commendable was the selection?

Unlike an Oscar or an Emmy, National Film Awards UK doesn't go for a jury-based selection when it comes to choosing the nominees and winners. Instead it goes the Filmfare way -  relying mostly on Audience voting.

Here's what the website of the awards has to say about their selection criteria, "The National Film Awards is one of the only motion picture award shows to offer the public an opportunity to both nominate and vote for all categories. There are 18 categories nominated and voted for by the public except the Lifetime Achievement Award category."

This is the same award show that gave the Best Actress in 2016 to Nathalie Emmanuel for her 'performance' in Furious 7, thanks to her fanbase from Game of Thrones.

Let's talk this year's nominees. Mersal was competing with the likes of Happy End (France), Loveless (Russia), In The Fade (Germany/France), The Square (Sweden, Germany, France), A Fantastic Woman (Chile), Vaya (South Africa), and The Insult (Lebanon). Do remember that A Fantastic Woman has won the same award at the Oscars 2018. And yet Mersal, a perfectly average Tamil potboiler, made for its lead actor to look good in every department, managed to beat each and every one of them to win the prize! Incredulous!

Now let's check the other category where Mersal got nominated but didn't win - Best Supporting Actor. For some reason, they chose to include the lead actor, Vijay himself, in this category. Also check out the fellow nominees and see if anyone was worth mentioning - Robert Webb (Back), Sam Gillet (A Caribbean Dream), Keith Allen (Kingsman: The Golden Circle), Jordan Stephens (Access All Areas), Paul Whitehouse (Brian Pern: A Tribute), Lucien Laviscount (Snatch) and Matt Lucas (Brian Pern: A Tribute). Have we made our point?

In short, Mersal's win has more to do with the craze of all Thalapathy Vijay fans and the efforts taken by them to vote for it, rather then the movie's merits. So the makers instead of congratulating themselves, should actually be thanking the fans for this victory! And for the trade experts, it's up to you if you want to celebrate this rather lame win, just because it has a 'UK' tag attached to it.

Now that we have burst your balloon, you can troll us in the comments section below.

(Thanks, Forbes, for the inputs)