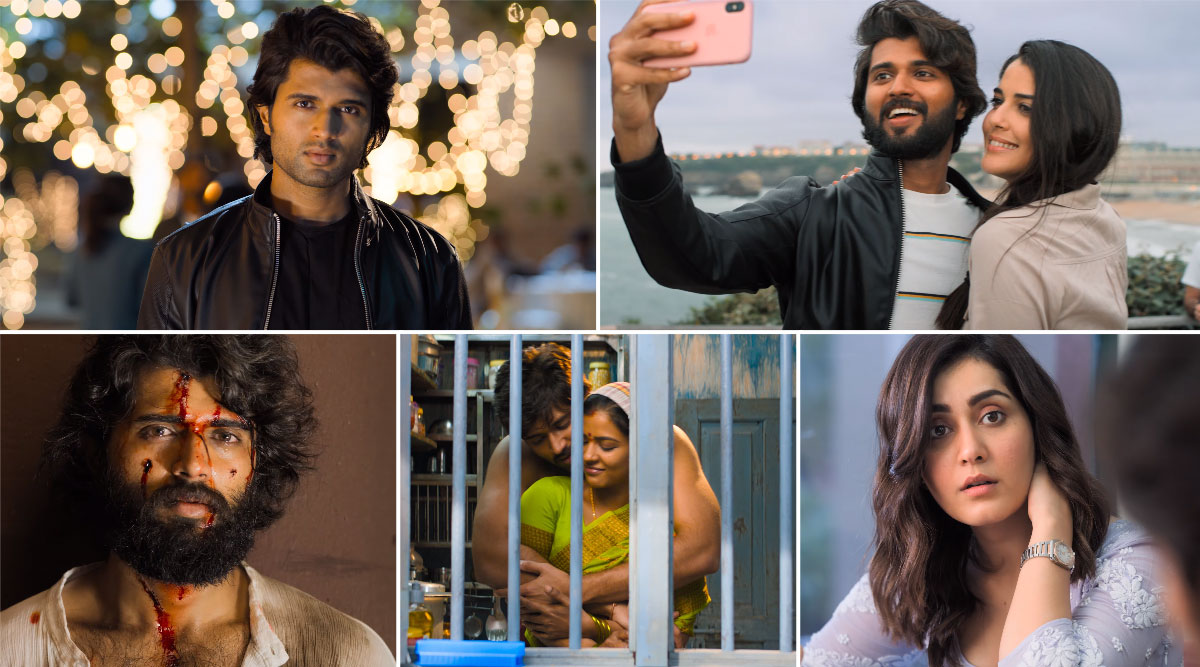 Vijay Deverakonda is back with a bang on teaser Telugu film World Famous Lover. The actor is known for his lover boy image and this one too has him in the same avatar. Except, there are shades to this character. In the newly dropped teaser, we can see Vijay and his lead heroines Raashi Khanna, Aishwarya Rajesh, Catherine Tresa and Izabelle Leite. However, one cannot help but find this teaser a major Arjun Reddy hangover! In the video, we can see him in different looks, the final one, almost similar to that of Arjun Reddy. Vijay Deverakonda’s New Look Make Fans Wonder If It Is for Fighter.

His character too looks way too similar of that with him screaming and smashing liquor bottles all over. What makes this teaser a bit different is his multiple storylines with the actresses. Raashi seemed to have more of the screen space in the teaser and her strong performance is something one might want to watch out in the film. It is not yet clear whether he plays a triple role or ends up having multiple relations. However, the seemingly bold teaser has him screeching just one dialogue that is, "I did not just spread your legs, Yamini. I loved you, Yamini.” Well, that also tells us that it has an emotional twist to the story.

The Tollywood star was last seen in Dear Comrade as a boy-next-door and his chemistry with Rashmika Mandanna was loved by the fans to the core. He also became a pan-India sensation after his flick Arjun Reddy was remade in Bollywood as Kabir Singh, starring Shahid Kapoor-Kiara Advani in the lead. With another Arjun Reddy like performance in his store, we wonder how the story turns out to be! The romantic drama is written and directed by Kranthi Madhav.