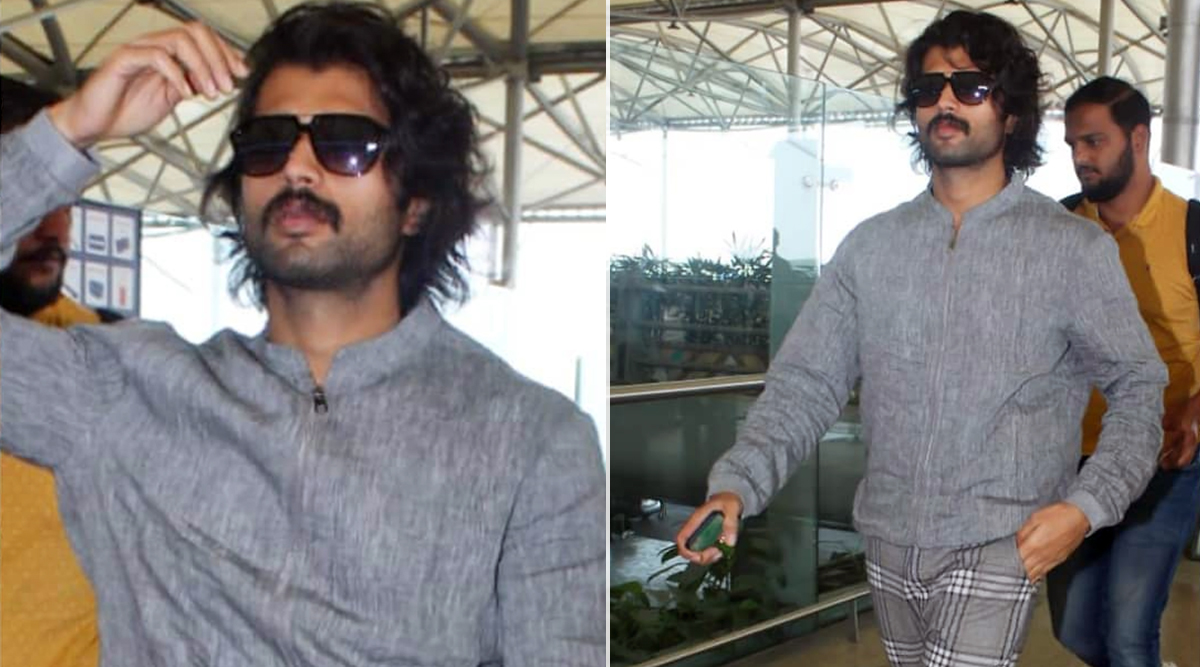 Vijay Deverakonda is currently the talk of the nation, courtesy Arjun Reddy. Although his performance in the film has been praised, there are many who are bashing it for ‘glorifying toxic masculinity’. Vijay was clearly upset with the discussions on misogyny surrounding Arjun Reddy. Moving on his upcoming project, the actor has signed a film with Charmee Kaur and Puri Jagannadh. Vijay was spotted earlier today at the Hyderabad Airport and his new look make fans wonder if it is for Fighter. Vijay Deverakonda Teams Up With Charmee Kaur and Puri Jagannadh For His Next Film.

Speculations are rife that the film is tentatively titled Fighter. The makers of this upcoming project have not yet made an official announcement on the film’s title. Vijay Deverakonda’s new look has been loved by fans. His pics clicked at the airport, donning a new look, are all over the internet. Vijay is seen sporting a grey on grey outfit, but it is his long tresses, thick moustache and roughly trimmed beard that has grabbed fans’ eyeballs. If you haven’t seen the pic yet, take a look at it now. Is Vijay Deverakonda’s Film with Puri Jagannadh Titled Fighter?

The cast of Puri Jagannadh directorial is yet to be finalised. Fans are eagerly waiting for an update on this project. Besides this the other project that Vijay Deverakonda has in his kitty is World Famous Lover. This romantic drama directed by Kranthi Madhav is expected to be released in 2020.