'Success Is a Journey, Not a Destination,' Says The International Musician Usman Ashraf

The internationally known musician Usman Ashraf is the new rising star in the entertainment world. He has a vast audience who love his music and waits for the next piece anxiously. 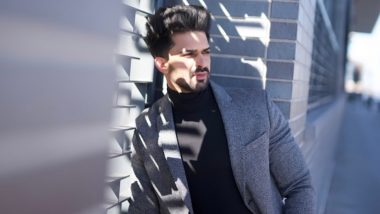 The internationally known musician Usman Ashraf is the new rising star in the entertainment world. He has a vast audience who love his music and waits for the next piece anxiously. Usman has a very humble personality, and when we interviewed him, we realized that his life journey and hardships made him so down to earth and understanding.

Usman’s music career wasn’t all sunshine and roses. He struggles hard to find his way up to the top. In the music industry, Usman says, one must get used to hearing the word ‘no.’ It's something you'll hear a lot. But all it takes is a “YES” or two to get you started. Also, don't be hesitant to seek assistance. You might be able to identify a patron saint who aspires to be a hero. It happens more frequently than you might expect. You're going to be disappointed. That is a proven fact. But don't let that put you off. Remember that the only way to assess your success is to compare it against your failures. Before they succeeded, some of the biggest names in music failed spectacularly.

After revealing his life struggles and giving us amazing life lessons, Usman also shared examples of world-famous musicians who failed at first but never gave up, and now they are living legends. He told us that several record labels turned down the BEATLES. In a rejection letter, the Decca record company famously stated, "We don't like their sound, and guitar music is on the way out. They have no future in show business.”

Usman also mentioned that after his first appearance, ELVIS PRESLEY was dismissed. Elvis Presley was expelled from the Grand Ole Opry after only one performance in 1954, telling him, "You ain't going nowhere, son." You should return to driving a truck.” Elvis Presley became a rock & roll phenomenon and one of history's most influential artists. “So you're not alone if you don't succeed right away,” narrates Usman. “Take chances and don't allow a few setbacks to discourage you. They are an important element of your success.”