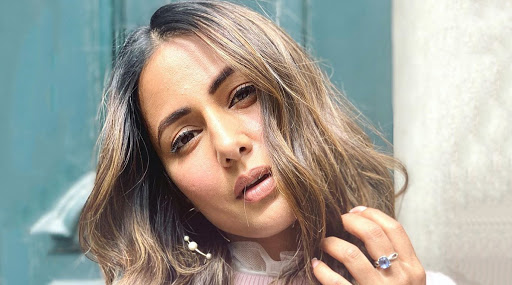 5 Pictures of Hina Khan prove that she was the most stylish contestant in Bigg Boss. (Photo Credits: Instagram)

Hina Khan, who who is known for her outstanding sartorial choices both on and off-screen, is surely a stunner and knows the right way to keep her fans' stay in awe of her. She has been slaying the fashion game ever since walking runways and gracing magazine covers. Hina, who was never afraid to experiment and is down to try anything, has never shown any qualms about flaunting her cleavage, toned abs, curves, or long legs. Remember, how Hina came out shining out of the Bigg Boss 11 house and became a fashionista after the show. She had surprised one and all with her stylish ways during her stint in the show. Hina Khan to Make Her Digital Debut With Adhyayan Summan in Damaged 2, Pics From the Sets Go Viral

From short dresses to flowy gowns to sarees, Hina carried herself with panache and had an irresistible style sense in Bigg Boss 11. Not for a second Hina failed to grab our attention in Salman Khan's popular controversial reality show. Hina has definitely set a benchmark and it would be interesting to see if anyone in the upcoming season is able to surpass the same. Kasautii Zindagii Kay 2 Actress Hina Khan Aka Komolika Confirms Her EXIT From Ekta Kapoor’s Show, Sends ‘Best Wishes’ to ‘New Komo’

So, ahead of Bigg Boss 13 premieres on Colors on September 29, let's take a glance at Hina Khan's looks from Bigg Boss 11.

Honestly, Hina Khan, during Bigg Boss 11, upped the fashion quotient of the house to such an extent that everyone outside was raving about style sense.

Well, right from her make-up to her wardrobe, everything hogged the limelight.

Hina carried every attire whether Indian or western with much confidence in the Bigg Boss 11 house.

Hina Khan surely knows how to grab ones attention with her charming personality.

On the work front, Hina Khan, who garnered unprecedented success and adulation for her portrayal of vivacious Komolika in Ekta Kapoor's Kasautii Zindagii Kay 2, will make her debut in Bollywood with Hussein Khan's Lines. In the movie, she will be portraying a strong woman-centric role and be seen alongside Farida Jalal. The story of the film will be revolving around the life of Kashmir valley in the 1990s.

Apart from Hussain Khan's Lines, the actress has bagged a film titled Wishlist and Indo-Hollywood debut film Country of Blind. The actress, who wrapped up the first schedule of Vikram Bhatt's Hacked, is currently shooting for her upcoming web series Damaged 2 opposite Adhyan Summan. Yes, Hina is making her digital debut with this show. Stay tuned!