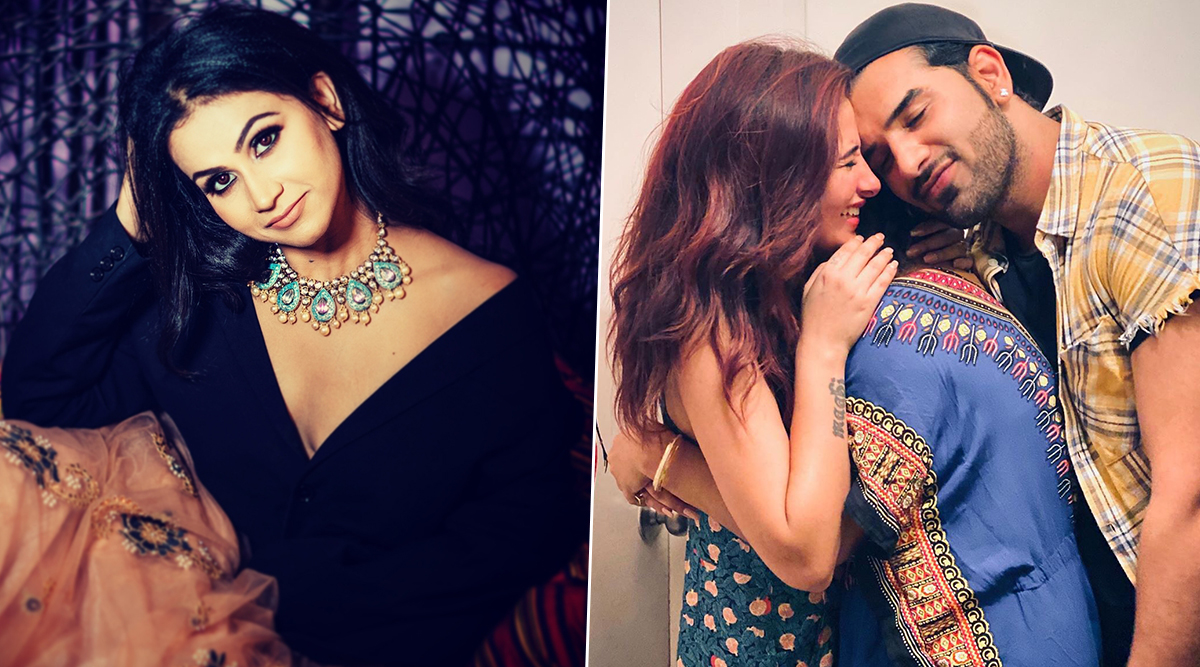 Actress and Roadies 8 winner Aanchal Khurana recently made yet another reality show to her winning credits, Mujhse Shaadi Karoge, even though the show did not run its full course. Aanchal was picked up as the winner after Paras Chhabra, one of the contestants on the show along with Shehnaaz Gill, choose the former as his match from amongst other girls. And after the show, Aanchal, in various interviews had revealed that she and Paras had planned to take their friendship slow and were not rushing into things. She had even gone on to say that she would be happy if Paras and Mahira decided to get together in the near future. Mujhse Shaadi Karoge Winner Aanchal Khurana On Paras Chhabra - Mahira Sharma’s Bond 'If They Plan to Be Together, I Will Be The Happiest'.

However, looks like even before anything were to happen between PaHira (Paras and Mahira), Paras Chhabra has severed all ties with Aanchal. Yes, the hunk has unfollowed Aanchal on Instagram, so much for Aanchal's claims of being good friends with the hunk and plans of partying with him and his rumoured ladylove Mahira. And Aanchal confirmed the same to a leading daily.

"I am shocked because we spoke on the phone half an hour before he unfollowed me the first time," Aanchal told BT. "Maybe, Mahira doesn’t approve of his friendship with me. That’s okay. People tend to be possessive of each other when in a relationship. Though he didn’t say it openly, it was quite evident that there was something more than just friendship between him and Mahira. It’s just that they haven’t accepted it yet," said Aanchal. Mujhse Shaadi Karoge Winner Aanchal Khurana Denies Being in a Relationship with Paras Chhabra, Says the Show Was More like Bigg Boss and Splitsvilla Combined Together.

When further quizzed if Paras and Mahira were indeed in a relationship, she replied in the negative and said, "I also assumed him to be in a relationship with Mahira, but he told me, ‘Mahira is a very good friend’. While he wasn’t too sure of getting married, he was open to an engagement on the show. ‘Kisi se achha connection bann jaata hai toh why not?’ These were his exact words. We needed more time to know each other better. You don’t get married on a lark."

She continued, "After going inside, I told Paras that if not him, I would want to meet someone else, date that person and eventually get married. I don’t want to get into anything frivolous. I went with a clear mind that if I get along with Paras, we will date for six months and get engaged. For me, it was all about making a genuine connection even if it didn’t materialise into anything bigger. I was real, more mature, practical and honest than others. I didn’t suck up to Paras to win the show. Even he acknowledged that I was the only girl who came with the purpose of settling down. The others just faked it with an intention to win the show. However, I don’t see a future with him. I didn’t get enough time with him and also, we friend-zoned each other. We are better off as friends."