Avrodh: The Siege Within - Amit Sadh Reveals the Sony LIV Show Brought Back His Childhood Memories Being from an Army Family

Actor Amit Sadh has recalled how working in an upcoming web-series based on the Uri surgical strike of September 2016 brought back memories of his childhood, spent in an army family background. 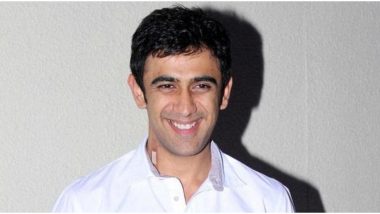 Actor Amit Sadh has recalled how working in an upcoming web-series based on the Uri surgical strike of September 2016 brought back memories of his childhood, spent in an army family background. Titled "Avrodh: The Siege Within", the series casts Amit in the role of Major Tango, an on-screen version of the real-life hero who spearheaded the mission. Avrodh – The Siege Within Trailer: Amit Sadh’s Thrilling Web Series Attempts to Reveal the Real Story Behind Uri Surgical Strike (Watch Video)

" 'Avrodh' is special in more than one way. While it took me back to amazing childhood memories of being brought up in an army family background, it also helped me learn about weapons and guns from experts," Amit said.Vidyut Jammwal Gives a Virtual Hug to Amit Shah Instead of Amit Sadh and Twitter’s Having a Field Day With Memes

"The incident of Uri is a remarkable one, so being a part of a show that spoke about this incident was a surreal experience. Shooting for the show gave me goosebumps and I am sure watching it would do the same to the viewers," he added "Avrodh" releases on July 3. Amit will also be seen in the OTT-released films, "Shakuntala Devi" and "Yaara".

(The above story first appeared on LatestLY on Jul 29, 2020 07:34 PM IST. For more news and updates on politics, world, sports, entertainment and lifestyle, log on to our website latestly.com).