Let’s take a look at the top 10 shows of the week. 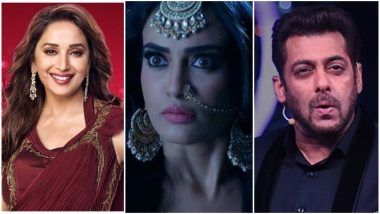 BARC ratings are here to validate which show is a hit or a flop. (Photo Credit: File Image)

It’s time that we check the TRP charts as the weekend is almost here. We now have come to the 38th week of 2018, so, let’s take a look at which shows have been doing really well and which aren’t. As we eagerly wait for this report as this reflects on how well the shows have performed the last week, BARC ratings are here to validate whether the show is a hit or flop. Bigg Boss 12, hosted by Salman Khan, aired its first episode on September 16. While we thought that Bigg Boss 12 ratings will rule the chart, it seems that Salman Khan's show has failed to impress many. In fact, Ekta Kapoor's Naagin 3, which is in the first position, is ruling the chart with humongous numbers, while Madhuri Dixit's Dance Deewane‘s Grand Finale left Bigg Boss 12 behind in the race, taking the second position.

(The above story first appeared on LatestLY on Sep 27, 2018 08:00 PM IST. For more news and updates on politics, world, sports, entertainment and lifestyle, log on to our website latestly.com).