Beyhadh 2: Jennifer Winget Almost Lost Her Life While Shooting For The Thriller Show, But Shivin Narang Came To Her Rescue 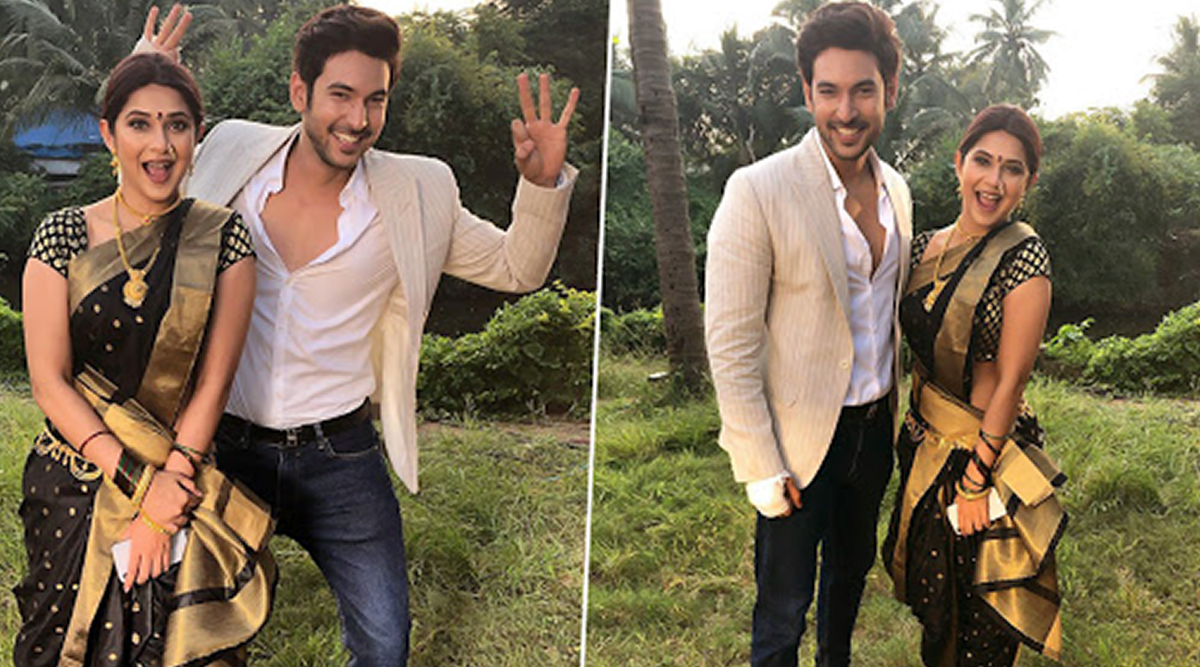 Sony TV's engrossing daily soap, Beyhadh 2 has been grabbing a lot of eyeballs right from the moment it got aired. One of the main reasons that the show is loved by fans is Jennifer Winget's portrayal as Maya. Hands down, it is because of the immense popularity of the actress that the makers came up with season 2 of Beyhadh. While the first part of the show flashed Jennifer (Maya) as a crazy lady in love, the current one focuses on her revenge. All that being said, a latest report in the telly town indicates that while shooting for a dangerous sequence at a construction site, Winget could have lost her life, but its the leading man of the show, Shivin Narang who saved the girl. Beyhadh 2: Jennifer Winget Is Being Paid THIS Much Moolah Per Day for Her Complex Portrayal of Maya; Deets Inside!

If you follow the serial you would know the under-construction scene where Shivin’s character Rudra saves Maya. However, this made-up act in the daily soap turned into a reality wherein Shivin actually saved Jennifer when she was about to fall off the cliff. Reportedly, Jennifer was inside the lift used by the construction workers with her harness attached. But suddenly, the lift lost its control and along with it, Jennifer was about to get dragged down. But immediately it was Shivin who came to the rescue and saved her from falling. Narang also injured his hand during the same but did not stop the shooting. Beyhadh 2 Episode 1 Review: Jennifer Winget Returns as a Colder and Bolder 'Maya' in This Promising Revenge Drama.

Check Out The Video Featuring Maya:

Set your reminders , TOMO IS THE DAY!!! Please do watch Beyhadh2 from tomorrow onwards on @sonytvofficial at 9pm #butterfliesinmytummy #excitedmuch

Sharing his thoughts on the mayhem, Shivin said, "Our first shoot together was an outdoor shoot at a construction site and I was quite excited. The sequence was one where Jennifer was supposed to be in a lift. While performing such stunt sequences, the production takes utmost care of the artists and even Jennifer had her harness and other safety gear on but unfortunately her harness got stuck and she was about to get dragged with the lift from top floor when I instantly reached out for her and grabbed her. In the course of saving her, I injured myself and my hand got hurt and she got a few bruises here and there and both of us were terrified.” All we can say is well done boy. Stay tuned!