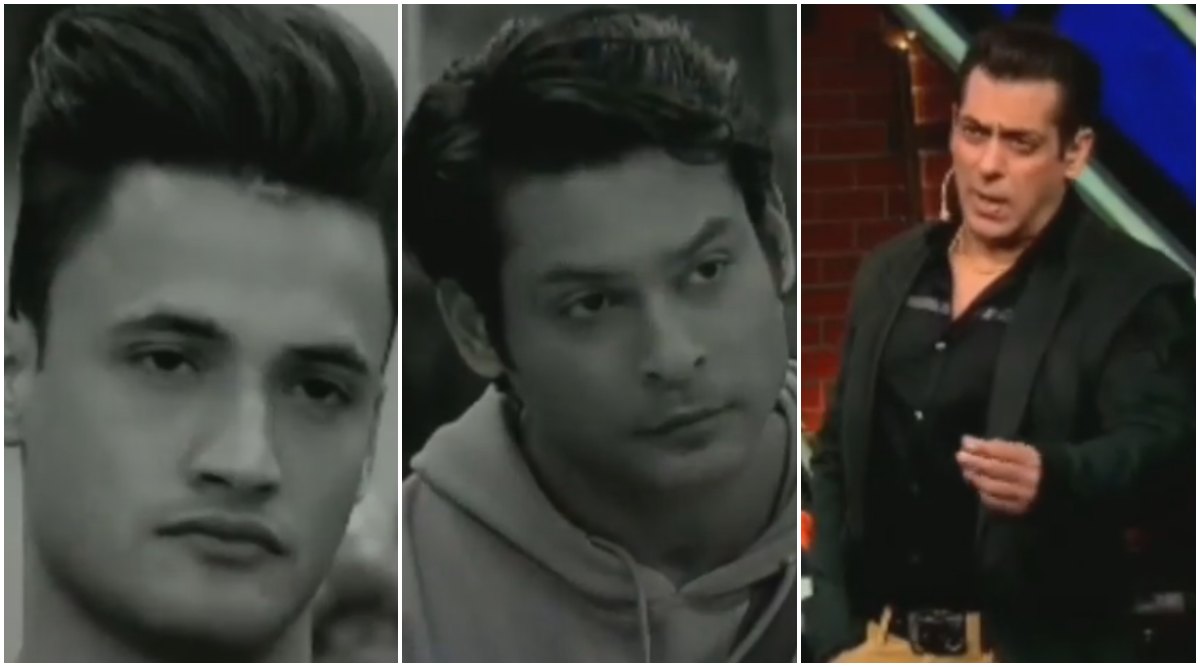 Bigg Boss 13's next Weekend Ka Vaar episode will see Salman Khan send Sidharth Shukla and Asim Riaz outside the house. NO... he does not eliminate them, but finally gives them the mauka they have been begging for - 'bahar milne ka'. Irked with the whole 'tu bahar mill mujhe' debate, Salman Khan calls every conversation of theirs 'toxic'. Salman Khan tells Asim Riaz and Sidharth Shukla that he will get the doors of the house open and tells them to fight as much as they want and come back inside if they have it in them, saying he is tired of their idle threats to each other. Bigg Boss 13 Day 117 Highlights: Sidharth Shukla and Paras Chhabra Lock Horns With Asim Riaz, Arti Singh Breaks Down on Being Called Sidharth Shukla's 'Fixed Deposit'.

When both do not get up, Salman taunts them, saying he does not see any of the 'macho men' getting up, after which Sidharth gets up and asks Asim to come too. However, as per reports, it is being said that Asim will refuse to conduct himself that way in front of Salman Khan.

The episode will also see Salman Khan reprimand Vishal for his confused and very biased sanchalan. He then moves on to Shehnaaz and addressing her pushing and shoving Sidharth Shukla during the captaincy task, tells her that she does not seem to understand despite being told a lot of times to not hit Shukla. There are also rumours that Sidharth's mother will come during the Weekend Ka Vaar episode to patch things up between Sidharth and Shehnaaz. However, there is no confirmation on the same.