Bigg Boss 14 BARC Report: Salman Khan's Show Fails To Grab A Spot In Top 5; Is The Boring Line-Up Of Contestants The Reason Behind Its Low TRPs?

Bigg Boss, as a reality show has always made headlines for being over the top. Other than that, the controversial show is also known to rule the TRP charts quite often. But sadly, the latest season of BB 14 is not doing wonders in terms of TRP. Check out the full story here. 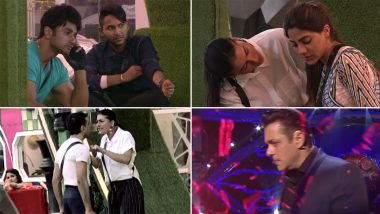 Bigg Boss, as a reality show has always made headlines for being over the top. Other than that, the controversial show is also known to rule the TRP charts quite often. But sadly, the latest season of BB 14 is not doing wonders in terms of TRP. As the weekly BARC report is out and after analysing it closely, the verdict is that Bigg Boss 14 has not impressed the audience as it has not made it to top 5 TV shows on Hindi GEC (Rural), Hindu GEC (Urban) or Hindi GEC. With just two weeks gone by, we feel it is too early to predict the fate of the show, but, nevertheless, as per fans say, it's a flop for now. Bigg Boss: On Salman Khan's Reality Show, Homophobia Is a Clear Winner.

Well, what could be the major reasons for Bigg Boss' failure this season? Well, according to us, it's the boring line-up of contestants. While there are indeed few smart players in the game, but overall, none of the contestants till now have been able to make a mark. Another thing to notice is that contestant like Nikki Tamboli, who have watched the previous seasons feel that Bigg Boss is all about fights and that is what she is doing on national TV since day one. However, that's not the only case. Currently, as per the Urban TRP chart, we have Anupama on top followed by other daily soaps. Bigg Boss 14: Twitterati Hails Rubina Dilaik for Making Shehzad Deol Apologise on National TV for Using ‘Chakka’ as a Cuss Word!

Check Out The Report Below: 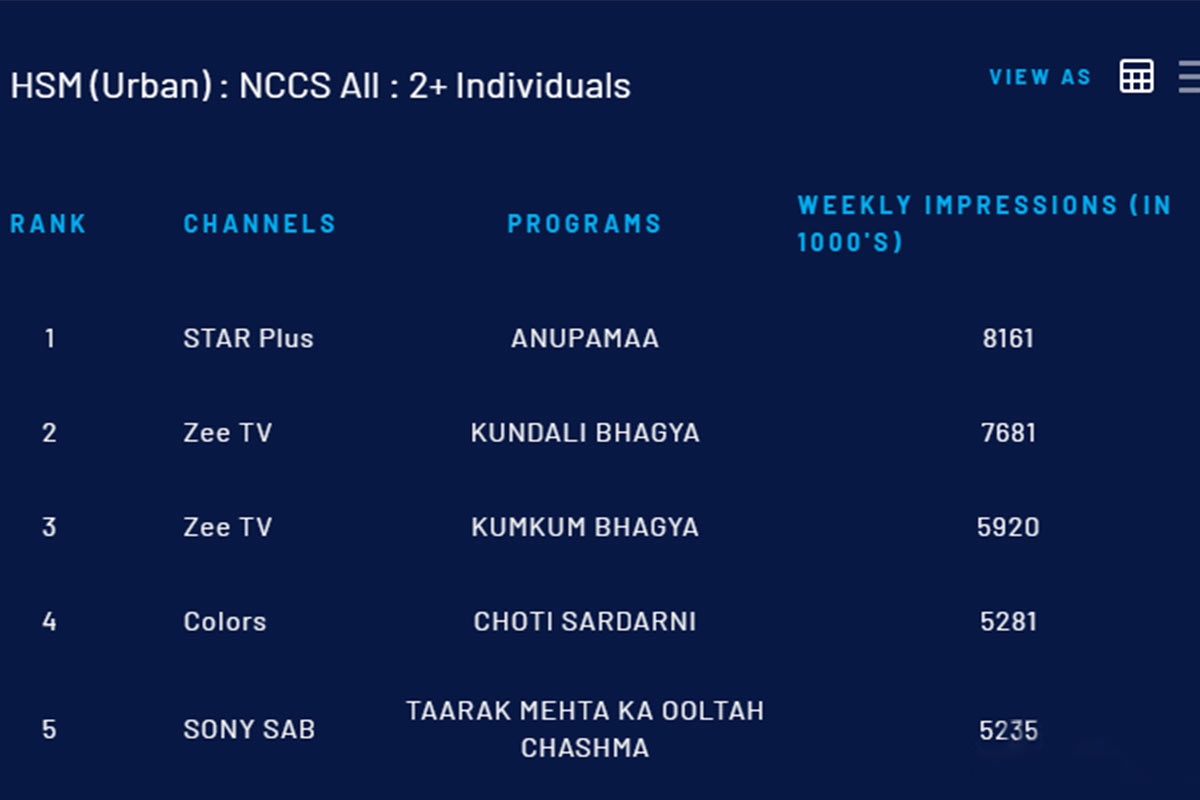 It is only Choti Sarrdaarni from Colors TV which has grabbed the fourth spot on the list. Earlier, it was reported that Bigg Boss 14's premiere episode was well-received, but looks like the interest among the viewers have dipped and how. Even after introducing Hina Khan, Sidharth Shukla and Gauahar Khan as mentors, the show has failed to make the right noise.

Meanwhile, the current track on Bigg Boss is that the toofani seniors have left the house. With this, the show now runs on the shoulders of the dull contestants. So, what is your take on this? Why Bigg Boss 14 is not working for the makers? Tell us your opinion in the comment section below. Stay tuned!

(The above story first appeared on LatestLY on Oct 22, 2020 06:20 PM IST. For more news and updates on politics, world, sports, entertainment and lifestyle, log on to our website latestly.com).