Bigg Boss 14: Rahul Roy, the First Winner of the Reality Show, Reveals His Favourite Contestant From This Season!

The latest season of the controversial reality show Bigg Boss 14 will come to an end on February 21, 2021. It's on this date when the winner will be declared in the presence of host Salman Khan. However, before the big day, Bigg Boss 1 winner, Rahul Roy has revealed his favourites from the latest season. Read on. 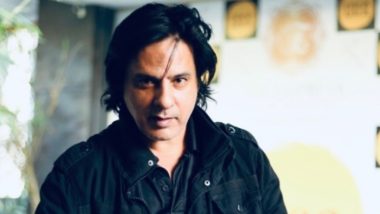 The latest season of the controversial reality show Bigg Boss 14 will come to an end on February 21, 2021. It's on this date when the winner will be declared in the presence of host Salman Khan. Bigg Boss 14 started on a fabulous note, but later on, was just blah. And due to this, the makers had to introduce contestants from the past seasons on the show. Having said that, every year, the curiosity on who will snatch the trophy is the same. We also see celebs rooting for their favourite contestants. Now, Bigg Boss 1 winner Rahul Roy in a conversation with ETimes spilt beans on the latest season. Bigg Boss 14 Promo: Abhinav Shukla Asks Rubina Dilaik if She Wants To Remarry; Rakhi Sawant Sobs While Missing Hubby Ritesh (Watch Video).

Admitting that he is following Bigg Boss 14, Rahul said, "Yes, I am following the current season and enjoy watching it. I am waiting for the finale and excited to know who the winner will be. I was watching the show even while I was recuperating in the hospital." For the one's who aren't aware, last year, Roy had suffered a brain stroke while shooting and was admitted to a hospital. He is recovering as of now. Bigg Boss 14’s Valentine Day’s Special: Disha Parmar Says ‘Yes’ After Rahul Vaidya’s Proposes to Her in a Romantic Setting (Watch Video).

Further, the actor added, "I really like Aly Goni and Rahul Vaidya, and hope that one of them wins the trophy. I like how their friendship has evolved in the show. Having said that, may the best person win." That means Bigg Boss season one winner is a Rahul and Aly fan. Bigg Boss 14: Rubina Dilaik, Rahul Vaidya, Rakhi Sawant, Aly Goni, Nikki Tamboli - Who Do You Think Will Win The Reality Show? VOTE Now.

Meanwhile, currently, we see the fab five inside the house namely Rahul Vaidya, Aly Goni, Rubina Dilaik, Nikki Tamboli and Rakhi Sawant fighting for the crown. In this week itself, there will be a mid-week eviction and the show will have its top four. Stay tuned!

(The above story first appeared on LatestLY on Feb 16, 2021 07:59 PM IST. For more news and updates on politics, world, sports, entertainment and lifestyle, log on to our website latestly.com).