Nine-year-old Nobojit Narzary, who hails from Assam, has been announced as the winner of DID L'il Masters 5. He is known for freestyle, hip hop and contemporary dance styles. 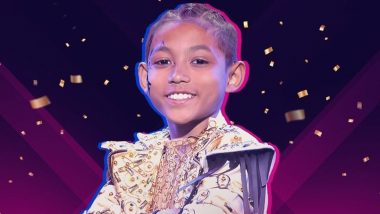 Nine-year-old Nobojit Narzary, who hails from Assam, has been announced as the winner of DID L'il Masters 5. He is known for freestyle, hip hop and contemporary dance styles. Among the five contestants - Sagar, Nobojit, Appun, Adhyashree, and Rishita - Nobojit took the trophy and impressed the judges Remo D'Souza, Sonali Bendre, and Mouni Roy. Appun and Adhyashree were announced as the first and second runner-up, respectively. DID L’il Masters 5: Mouni Roy Hails Contestant Rishita’s Performance As It Reminded of Her Childhood Self.

The cast of Jugjugg Jeeyo including Anil Kapoor, Kiara Advani, Varun Dhawan, Prajakta Kohli, and Maniesh Paul also appeared on the show as celebrity guests. Nobojit expressed his excitement: "It is a great feeling to have won the title of DID L'il Masters, and it is almost like a dream come true moment for me. My skipper, Vaibhav Sir and dance teacher, Deepika maam supported me to reach here, and I am really grateful to them." DID L’il Masters: Govinda Grooves to UP Wala Thumka With a 5-Year-Old Contestant in This Cute Video (Watch).

"I have had various special moments during my journey in the show, but when Remo sir kissed my feet after one of my performances, I felt on top of the world. It was the best moment of my entire season. All the three judges - Remo Sir, Mouni ma'am and Sonali ma'am have helped boost my confidence and motivate me to do better after every performance. I truly feel lucky to win one of India's most popular dance reality shows DID L'il Masters," he added.

(The above story first appeared on LatestLY on Jun 27, 2022 05:55 PM IST. For more news and updates on politics, world, sports, entertainment and lifestyle, log on to our website latestly.com).