Late actor Sushant Singh Rajput had also become one of the biggest names in the industry. The actor who was famous for his role in Pavitra Rishta, entered Bollywood on his own merit, and made a huge name for himself. Sidharth Shukla, too, has appeared in many films 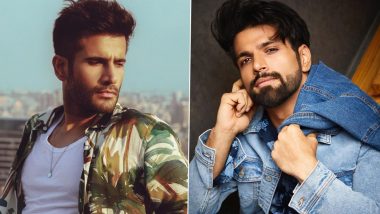 Many television stars have ventured into acting in movies after they have gained prominence in the world of daily soap. They have had successful careers in the film industry, and now are one of the biggest names. Yami Gautam, who kickstarted her career with television, is now one of the most successful stars in Bollywood. She has been a part of many hit films like Uri, Bala, Vicky Donor, and has become a household name in no time. Sardar Ka Grandson: Rakul Preet Singh Opens Up About Her Role in Arjun Kapoor’s Netflix Film.

Late actor Sushant Singh Rajput had also become one of the biggest names in the industry. The actor who was famous for his role in Pavitra Rishta, entered Bollywood on his own merit, and made a huge name for himself. Sidharth Shukla, too, has appeared in many films, and is now rumoured to be a part of Saif Ali Khan and Prabhas' Adipurush. Word is that the actor will be essaying a key role in the film.

But apart from this, there have been many stars who have made movie debuts, but those roles have been long forgotten. From Karan Tacker to Rithvik Dhanjani, here is a list of stars who's debuts have been forgotten.

Karan tacker has managed to steal many hearts. He is a big name in the television industry, and has also been associated with big brand endorsements as well. But not many know that the actor had made his movie debut with Shah Rukh Khan's Rab Ne Bana Di Jodi. Although very small, Karan was seen sharing screen space with SRK.

While he has been sweeping everyone off their feet with his powerful poetry, the actor is famously known for his role in serials like  Ishqbaaaz, Pyaar Ka Dard Hai Meetha Meetha Pyaara Pyaara and Zindagi inShort. Mehta has also been a part of a movie that marked his debut in the industry. He was a part of a film called Haal-e-Dil which was directed by Anil Devgan.

Known for her character Ishi Maa, Divyanka too has been a part of films like Lala Hardaul, Chundri Odhasi Mahro Bir, A Divorce to Remember. Lala Hardaul marked her debut in films where she essayed the role of  Rani Padmavati. The film released in 2012.

Arjun Bijlani will always be remembered for his stint in shows like Left Right Left, Miley Jab Hum Tum, Meri Aashiqui Tum Se Hi, Naagin, Kavach, Pardes Mein Hai Mera Dil and Ishq Mein Marjawan. But did you know that the actor has also been a part of a few films. Arjun got into film acting with short films like Full Phukre, I Guess, Caught in the Web, and made his Bollywood debut with Direct Ishq.

Rithvik Dhanjani is now a successful TV actor as well as a host. He marked his debut in movies in 2011 and has been a part of two films. He was a part of Jo Hum Chahein and Aftermath Mumbai. Geeta Kapur’s Pictures in An All Red Outfit and Sindoor Go Viral; Fans Ask When Did She Get Married?

These actor sure are very talented, and we hope to see them in many more movies and shows as well. Which actor would you like to see in a movie? Let us know.

(The above story first appeared on LatestLY on May 19, 2021 12:58 AM IST. For more news and updates on politics, world, sports, entertainment and lifestyle, log on to our website latestly.com).