Jennifer Winget Turns Down A Show That Required Her To Shed Her Inhibitions and Get Bold, Here’s WHY! 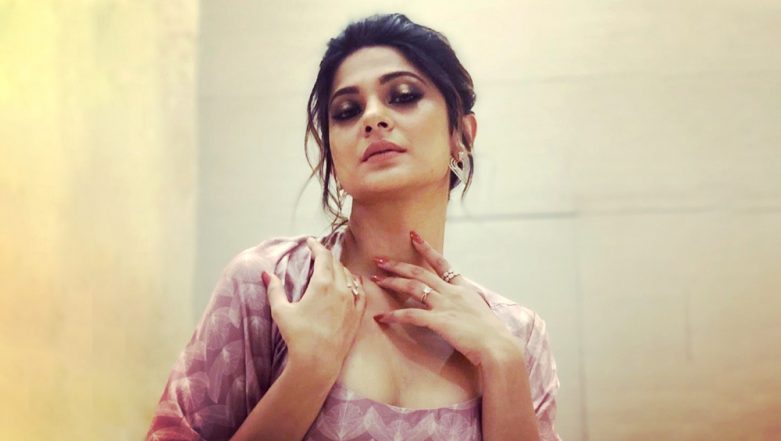 While television shows call for a certain amount of censorship when projecting bold content, it’s not the same case for the digital medium. While it may not have a reach as huge as television, it still is a fairly popular medium, whose reach has seen a huge rise in the past year or two. A huge majority of popular television and Bollywood faces have gravitated towards web series, for they say that they get to experiment with content that they can’t do otherwise on television that includes bold content. Code M: Jennifer Winget Shoots in Jodhpur, Leaked Video From the Sets Goes Viral

However, not all actors share the same thought process and we are referring to beauty Jennifer Winget here. While she is totally on board with experimenting with content, it is the bold part that fans of the actress might never see her do.

In a candid chat with Hindustan Times, Jennifer revealed that she did get offered a web show that required her to shed her inhibitions and get bold, but she turned down the offer and here’s why. Alt Balaji Code M’s Plot Details Out Now: Jennifer Winget Plays Powerhouse Lawyer- Read On For More Details Out

“Call me old fashioned, but I don’t want to sell sex. I do, however, believe in selling emotions,” Jennifer said. However, she also added, “But if the flow of the script demands it and if the scenes are done aesthetically, then maybe [I would consider it]. I’m on the fence for this one and yet to make up my mind.”

Jennifer Winget is considered as one of the A-listers in the television industry. While she had done all positive roles right her Kasautii Zindagii Kay to Dill Mill Gayye and Saraswatichandra, she turned antagonist for Beyhadh, where her role as Maya Mehrotra is termed as ‘iconic’. Her last outing on television was Bepannaah, a love story where she was seen opposite Harshad Chopda.