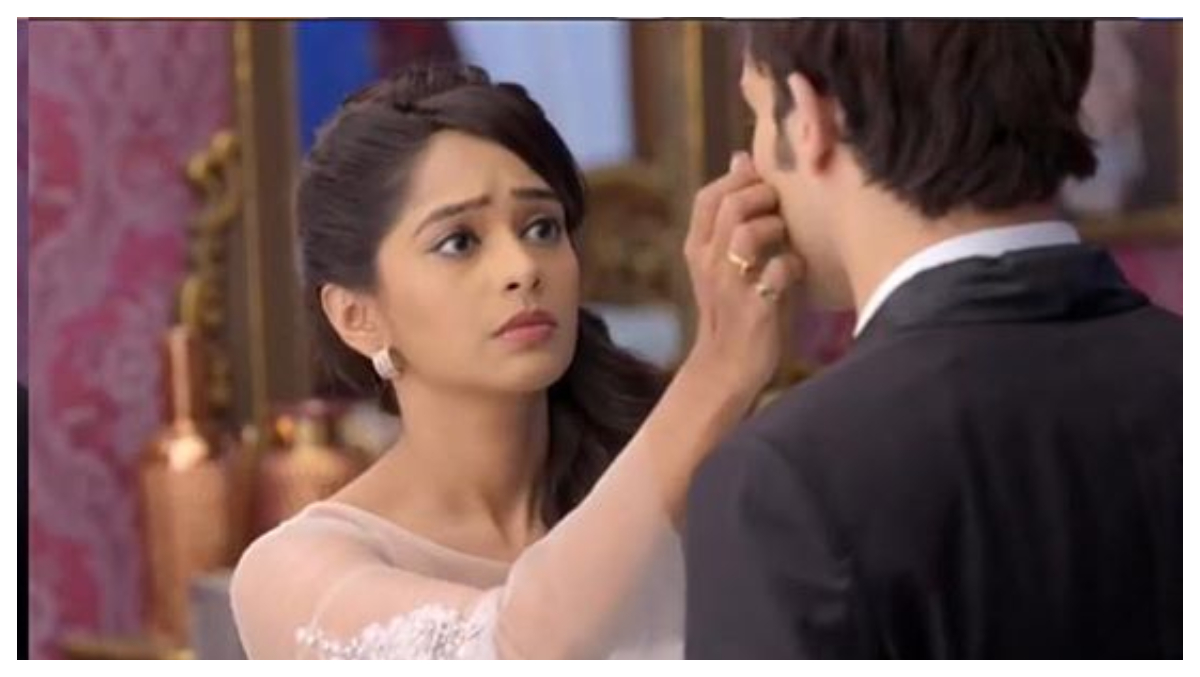 In the last episode of Kumkum Bhagya, Prachi is about to fall in Rhea’s trap and get electrocuted. Pragya and Ranbir show up just in time to save Prachi. Pragya also notices someone else behind the curtain. Rhea realizes her plan has failed and she escapes from the window before Pragya sees her. Abhi is singing a song at the engagement and Pragya hears his voice. She tries to meet him but he is surrounded by fans and he cannot see her. Abhi takes a picture of Maya’s family along with the politician's family. Abhi notices the necklace that he gave Rhea is on Maya’s neck. Prachi wants to meet Maya and force her to tell the truth, but Ranbir wants to confess his feelings for her. Kumkum Bhagya February 18, 2020 Written Update Full Episode: Abhi Enjoys Prachi and Ranbir’s Fight, Rhea Decides to Stop Maya’s Engagement.

In tonight’s episode, we see Ranbir stops Prachi from leaving the room. He explains to her how he got into this mess. He says that at the Lohri Party he was only close to Maya because it was making Prachi angry. He cries saying that he didn’t expect Maya to betray him. Prachi wipes Ranbir’s tears and goes out of the room. She tries to convince herself that she is not in love with Ranbir and they are just close friends and nothing else. Kumkum Bhagya February 17, 2020 Written Update Full Episode: Prachi And Ranbir Try To Find The Girl Who's Behind Maya's Molestation Allegation.

Meanwhile, Abhi is driving on the way back home where he sees an old woman carrying groceries. He helps her, puts the apples back when they fall down. Abhi says he learned this from his friend Neel who will be in the new Zee TV show, Qurbaan Hua.

Shahana on the other side is happy to see Prachi standing up to Rhea for Ranbir. Prachi tells Shahana that this doesn’t mean anything. Ranbir goes to Maya’s room and asks her to tell him the truth. He asks Maya to tell him who is the person behind this entire plan. Ranbir threatens her that he will stop the engagement ceremony if Maya doesn’t reveal the truth.