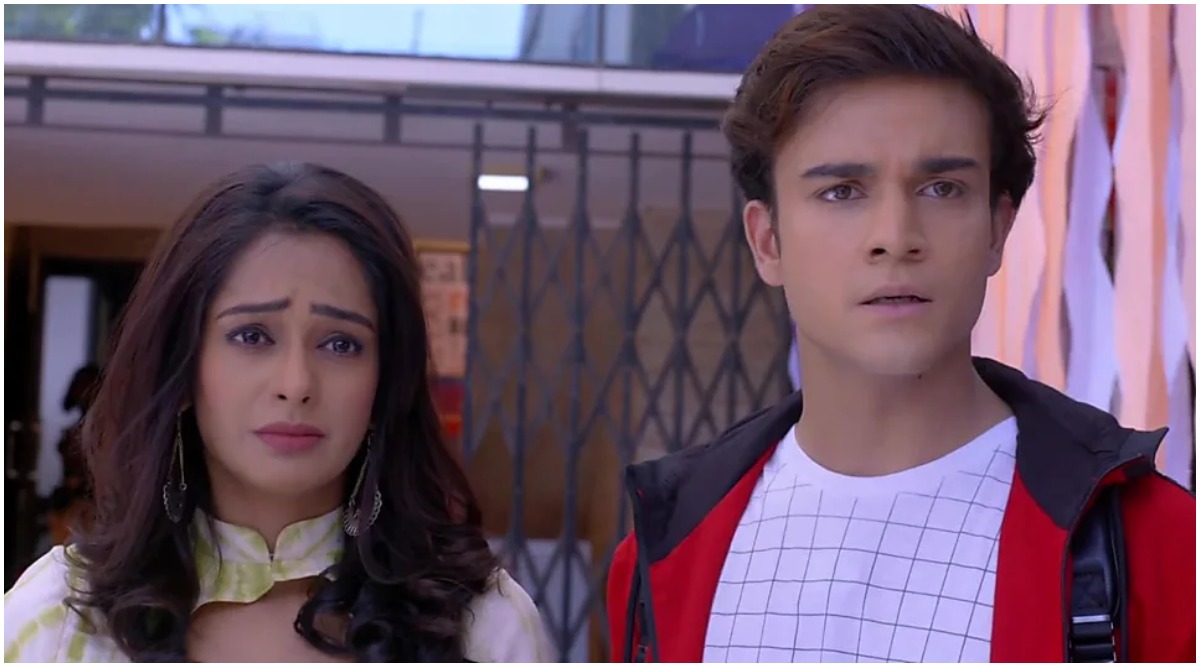 In the last episode of Kumkum Bhagya, Rhea sees Ranbir with roses and gets angry. She asks him to show her the roses. She even gets into a fight with Prachi but Ranbir stops her. Prachi asks Ranbir to not bother about Rhea and her fights anymore because they probably will never end. Abhi buys flowers for Pragya hoping to meet her. By the time Pragya stops her auto and goes to meet him, Abhi feels it is a bad idea and goes back home. Rhea sees Ranbir showering Prachi with flowers and gets angry. Kumkum Bhagya February 13, 2020 Written Update Full Episode: Rhea Loses Her Cool on Seeing Ranbir With Prachi on Valentine's Day.

In tonight’s episode, we see Pragya (Sriti Jha) wonders why Abhi (Shabir Ahluwalia) is angry with her. She had reached the cafe to meet him but he was not there. He even blocked her number on the phone. Pragya decides to leave the flowers on the bench itself. However, she changes her mind and takes the flowers home. Prachi and Ranbir are still unable to find Saloni in the entire college.

Ranbir goes back to class but Prachi finds Maya once again outside the college. She hears Maya on a call with someone and decides to follow her. Maya has called Rhea asking her to meet her at a mall. Prachi takes Ranbir outside college and tells him to follow Maya’s cab. Prachi and Ranbir find Maya stopping at a mall and enter after her.

Vikram asks Abhi to speak to Pragya and ask her to open a cafe in their hotel. Abhi agrees to speak to Prachi’s mother. Pragya returns home with the flowers and tells Sarita that Prachi’s father gave it to her. Sarita informs Pragya that they have to cater for an event in Vikram’s hotel. Shahana wants to find out who gave her the flowers. Sarita changes the topic and takes Shahana to a mall.

Maya tells Rhea that she is getting engaged to a politician’s son the next day so she cannot be part of Rhea’s plan. Maya demands a diamond necklace or she will stop the case against Ranbir immediately. Rhea agrees to get the diamond necklace for Maya. Ranbir meets Sarita and Shahana at the mall. He takes Prachi and hides inside the changing room next to Rhea and Maya.

When Sarita and Shahana leaves, Prachi and Ranbir go to the dressing room. Maya and Rhea follow after a while. Ranbir finds Rhea while Prachi runs into Maya. Rhea lies to Ranbir and goes away from him. Prachi and Maya have an argument after which Maya leaves too. When Ranbir and Prachi go out they find Maya next to Rhea’s car.

Ranbir assumes that Rhea and Maya were having an argument. While Ranbir and Prachi are spying on Rhea, Sarita notices them together. She says that it is good for Prachi to spend time with Ranbir. The mall attendant tells Prachi that Maya left her lehenga at the mall itself and asks Prachi to give it to her.