The recent news of TV actor Kushal Punjabi broke the hearts of the fans and left everyone in a state of shock. There have been more cases of TV actors and aspiring Bollywood actors' suicide in the previous years that shook the nation. 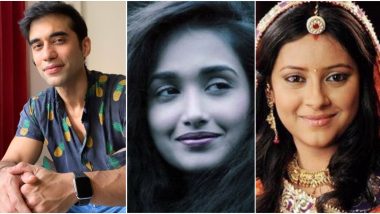 It is almost devastating sometimes how the human mind works. There can be many reasons why a person can be driven to a point where they have to end their lives. Depression has been found as one of the most common reasons in the past few years. The recent news of TV actor Kushal Punjabi broke the hearts of the fans and left everyone in a state of shock. The police have confirmed that he committed suicide and hung himself him in his apartment. The reports claim that he was suffering from depression and was on anti-depressants. There have been more cases of TV actors and aspiring Bollywood actors' suicide in the previous years that shook the nation. Kushal Punjabi Passes Away: Ishq Mein Marjawan, Lakshya, Jhalak Dikhhla Jaa 7 – A Look Back at the Late Actor’s Career.

Jiah Khan: The actress was best known for her roles in films like Ghajini and Housefull. British-American actress and singer was found hanging from a ceiling fan in her apartment in Mumbai in 2003. Mumbai court charged actor Sooraj Pancholi with abetting her suicide.

Pratyusha Banerjee: The actress was known mostly known for her role in TV serial Balika Vadhu as Anandi. At the age of 24, she hung herself in the Mumbai apartment on 1 April 2016.

Nafisa Joseph: Aged 26, the MTV India VJ Hunt and TV actress was found hanging herself in her flat in Versova on 29 July 2004. She was going to marry Gautam Khanduja in just a few weeks and reportedly took this step because her wedding with him was called off.

Kuljeet Randhawa: The Indian model turned actress known for her roles in C.A.T.S., Special Squad and Kohinoor. At the age of 30, she hung herself in an apartment in Juhu in 2006. She stated in her note that life's pressures instigated her to take this extreme step.

Disha Ganguly: The actress hung herself in her apartment in Parnashree, Kolkata. Her boyfriend found her body hanging but no foul play was suspected. The 23-year-old actress was known for her TV show Kanakanjali.

These deaths only make us wonder about the seriousness of mental trauma and mental issues like depression. Such demises only emphasize on the need of taking mental health seriously and seeking help during the depression.

(The above story first appeared on LatestLY on Dec 27, 2019 12:42 PM IST. For more news and updates on politics, world, sports, entertainment and lifestyle, log on to our website latestly.com).