Mahira Sharma Clears the Air on Being Accused of Faking Dadasaheb Phalke International Award, Says ‘Is Untrue and Totally Uncalled For’ 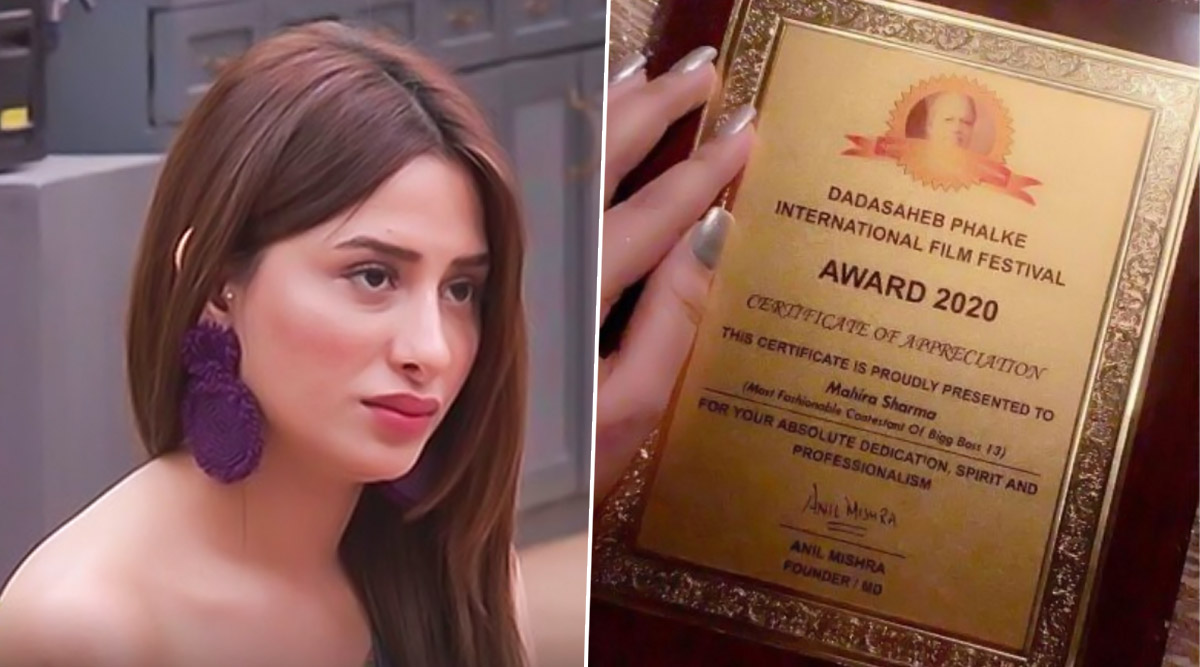 Mahira Sharma slid into the hearts of many by being truly herself on the controversial reality show, Bigg Boss 13. The actress who was tagged as the masla babe of the latest season recently landed herself in a trouble. Throwing some light on the same, it so happened that the organisers of the DadaSaheb Phalke International Film Festival had accused Mahira of faking it to the world that she was bestowed with the title of Most fashionable Bigg Boss 13 contestant. This news led to mayhem in the TV world as the DPIFF people demanded an apology from the actress. Well, now rubbishing the allegations, Sharma via her social media has claimed that she did not forge any documents. Bigg Boss 13 Fame Mahira Sharma Faked her Dadasaheb Phalke Award Certificate for the Best Dressed Celebrity Inside BB House.

Mahira shared a long post on her IG and expressed how the whole award scenario occurred due to lack of miscommunication. Further, Sharma in her note also mentioned how she was given the award away from the stage and added that she was approached by Premal Mehta from Purple Fox Media who said he had been associated with the awards for past two years. She also set the record straight and made it clear that she does not intend to churn any publicity gimmick of sorts and the blame on her is totally untrue. Bigg Boss 13: Wait, What?! Mahira Sharma Broke Up With Former Contestant Manu Punjabi Just 40 Days Before She Entered The House?

Okay so the world has been talking about it since last night, here is my reply which is 100 percent true and honest..@premalmehtaofficial

“Charges made against me for receiving and forging the prestigious DadaSaheb Phalke International Film Festival 2020 is untrue and totally uncalled for. In my defense I would like to clarify with exact details on what went that day,” part of her note read.

It was on Sunday when the DPIFF organisers had sent Mahira a notice “asking to take down all the misleading PR activities done by her and her team” and issue a written apology to them within 48 hours. Stay tuned!