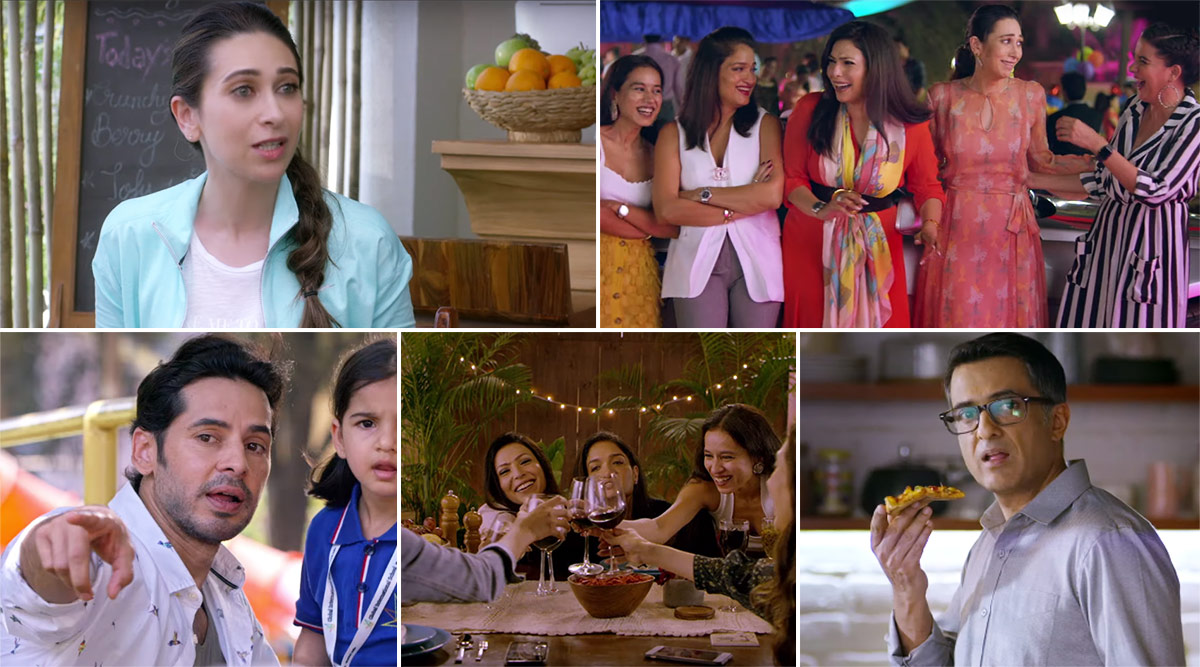 Check out the teaser of Mentalhood (Photo Credits: YouTube)

For the ones who have been an ardent Karisma Kapoor fan and have been missing her from the acting scenario, here comes good news for you. The actress is returning with her acting skills though for a small screen and not the big one. The Biwi No 1 actress is all set to mark her web debut with Ekta Kapoor's ALTBalaji show, Mentalhood that revolves around the daily struggles of every mother. After unveiling its first look, the makers recently released its first teaser and the show looks fun and promising at the same time. Karisma Kapoor’s Kids Samaira and Kiaan Are Excited to See Their Mother in ALTBalaji’s Mentalhood.

The teaser introduces us to Karisma Kapoor, Sandhya Mridul, Shruti Seth, Tilottama Shome and Shilpa Shukla as different mothers who are fighting the same fight. The series also stars Sanjay Suri and Dino Morea and honestly, it was really good seeing these handsome men shine after such a long time. Mentalhood is all about the struggles and difficulties that a mother has to go through for her kids and the appreciation she should get but doesn't. It pays an ode to all the mothers out there and is bound to strike a chord with all the mommies. ALTBalaji Mentalhood Poster Out! Karisma Kapoor’s Supermom Avatar Will Strike a Chord With Every Working Mother (View Pics).

Check Out the Teaser Below...

Mentalhood is written by Ritu Bhatia and directed by Karishma Kohli. It is produced by Ekta Kapoor and is slated to release in March on the OTT platform. The show was earlier slated to release in October 2019 but was pushed because Ekta wasn't happy with its rough cut. She felt it lacked the mainstream appeal and hence asked the director for a re-shoot.