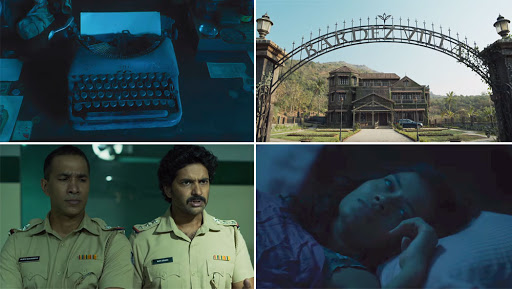 New Delhi, June 26: Typewriter, a mystery thriller series directed by Sujoy Ghosh, will premiere on streaming giant Netflix on July 19. The series promises to be a binge-worthy ride of the chronicles surrounding the haunted Bardez Villa, read a statement. The five-episode series revolves around a haunted house in Goa and a group of young, wannabe ghost busters determined to capture the spirit that plagues a notorious home in their neighbourhood. Netflix's Horror Film ;The Perfection Is the Current Obsession of Fans Despite Feeling Sick; Due To Gross Scenes (Read Tweets)

When a new family moves into the haunted home, the crew finds it difficult to balance the demands of school and chores with the renewed urgency to solve the mystery. What follows is the story of how these 5 kids try to capture the ghost of Bardez Villa, all the while balancing school and staying out of trouble. Sacred Games 2 Starring Nawazuddin Siddiqui-Saif Ali Khan to Release in August?

Shot on location in Goa, the film features Paulami Ghosh, Samir Kochar and Purab Kohli in lead roles, and Arna Sharma as Sam, Aaryansh Malviya as Nick, Milkail Gandhi as Gablu, and Palash Kamble as Bunty -- the ghost busters.