The Narcotics Control Bureau has arrested TV actress Preetika Chauhan after she was caught red-handed while buying drugs. 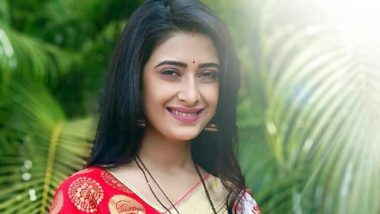 The Narcotics Control Bureau has arrested TV actress Preetika Chauhan after she was caught red-handed while buying drugs. This is another crucial development in the ongoing drug bust case in the entertainment industry. The TV actress who has worked in serials like Savdhaan India and Devo ke Dev Mahadev will be produced in Killa court in some time. Preetika's arrest is another major hit for NCB after they were able to decode the drug abuse angle in Sushant Singh Rajput's suicide case. Bollywood-Drug Traffickers 'Nexus': Govt Says No Actionable Inputs Received by NCB to Show Any Link.

NCB conducted this covert operation by deploying their officers in plain clothes at two places in Versova, Mumbai. Besides Preetika, five other people have been caught in this operation that's still going on. Post the investigation in SSR's death case, NCB officials are probing every link of all accused in the case, including suppliers, peddlers and consumers. Mumbai Couple Held in Qatar for Drugs, NCB to Take Diplomatic Route to Bring Back Couple Jailed in Doha for Smuggling Drugs ‘Unintentionally’.

NCB officials had also arrested Rhea Chakraborty on the charges of procuring drugs for the late actor Sushant Singh Rajput. While she's currently out on bail, there were reports of her naming actresses like Deepika Padukone, Shraddha Kapoor, Sara Ali Khan and others during her interrogation. While the names were summoned by NCB, they found no concrete evidence that would link them to any drug abuse case.

(The above story first appeared on LatestLY on Oct 25, 2020 05:09 PM IST. For more news and updates on politics, world, sports, entertainment and lifestyle, log on to our website latestly.com).