The Punjab and Haryana High Court refused to stay the ban on cable telecast of television series “Ram Siya ke Luv Kush”. The ban was imposed by District Commissioners across Punjab on Saturday on directives of Chief Minister Captain Amarinder Singh. The court adjourned the matter for September 12. 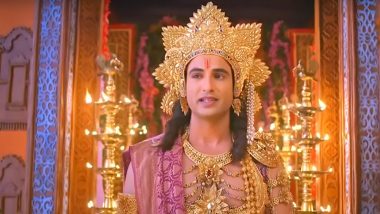 Chandigarh, September 9: The Punjab and Haryana High Court refused to stay the ban on cable telecast of television series “Ram Siya ke Luv Kush” on Monday. The court adjourned the matter for September 12. A petition was filed by Colors TV channel against the ban. Justice TS Dhindsa after hearing both the sides declined to remove the ban until the next hearing. District Commissioners across Punjab imposed the ban on Saturday on directives of Chief Minister Captain Amarinder Singh. Punjab: Telecast of Colors TV Show 'Ram Siya Ke Luv Kush' Suspended After Valmiki Community's Protest.

The ban came in the backdrop of widespread protests across the state by the Valmiki community over alleged misrepresentation of facts in the serial. During the hearing, Colors TV argued that the ban was imposed without adhering to the principles of natural justice, and without the ingredients of Section 19 of the Cable Operators Regulation Act.

The community alleged that the serial showcases distorted facts and incorrect history of Valmiki. Endorsing the religious sentiments of the Valmiki community on the issue, Singh also wrote to the central government to instruct the Direct To Home (DTH) channels to stop the serial's telecast. Valmiki Community Protests Colors TV Show ‘Ram Siya Ke Luv Kush’ for Misleading Facts and Hurting Sentiments.

The Punjab CM also expressed concern over the incident of violence which erupted during the state shutdown and protests. He warned of strict action against anyone found trying to disrupt the state's peace and communal harmony. Singh had also asked the Director-General of Police (DGP) to ensure strict vigil and crackdown on any disruptive elements, in order to maintain peace and tranquillity in the state.

(The above story first appeared on LatestLY on Sep 09, 2019 08:55 PM IST. For more news and updates on politics, world, sports, entertainment and lifestyle, log on to our website latestly.com).