A few months back, Ekta Kapoor, with much regret, had informed everyone that Vikrant Massey and Harleen Sethi will not be reprising Veer and Sameera in the ALT Balaji series Broken But Beautiful series. 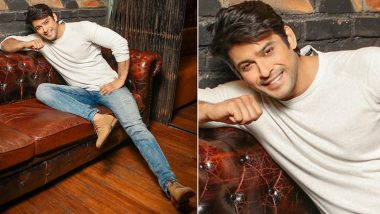 A few months back, Ekta Kapoor, with much regret, had informed everyone that Vikrant Massey and Harleen Sethi will not be reprising Veer and Sameera in the ALT Balaji series Broken But Beautiful series. The actors were a part of two consecutive seasons and were a hit with the masses. The announcement was followed with Ekta asking fans to suggest which jodi did they want to see in the already commissioned third season of the romance web series. Broken But Beautiful: Ekta Kapoor Confirms Vikrant Massey and Harleen Sethi Won't Return to the Show, Asks Fans to Nominate a Jodi for Season 3.

And the top suggestions were that of Bigg Boss 13 pair Sidharth Shukla and Shehnaaz Gill, monikered SidNaaz by their fans. Sidharth was also a top pick and his fans wanted to see him opposite Jennifer Winget as well. And looks like bhagwaan... errr Ekta Kapoor ne sun li. Broken But Beautiful Season 2 Review: Vikrant Massey and Harleen Sethi’s Twisted Love Tale Will Undo the Knots of Your Heart!.

If reports are to be believed, Ekta Kapoor has finalised the Bigg Boss 13 winner as the male lead for Broken But Beautiful 3 reports India Today.

The report read, "Ekta wanted to cast actors who can justify the plot and appeal to the audiences in the same way that the previous leads did. While a lot of names were thrown on the table, Sidharth Shukla has been finalised to carry on the baton. The search for the female lead is on." Well, one name down, one more to go. Who do you think will pair the best opposite Sidharth Shukla?

(The above story first appeared on LatestLY on Jun 11, 2020 11:08 PM IST. For more news and updates on politics, world, sports, entertainment and lifestyle, log on to our website latestly.com).