Space Force Trailer: Steve Carell's Next Workplace Comedy is Bound to Strike a Chord with all The Office Fans (Watch Video) 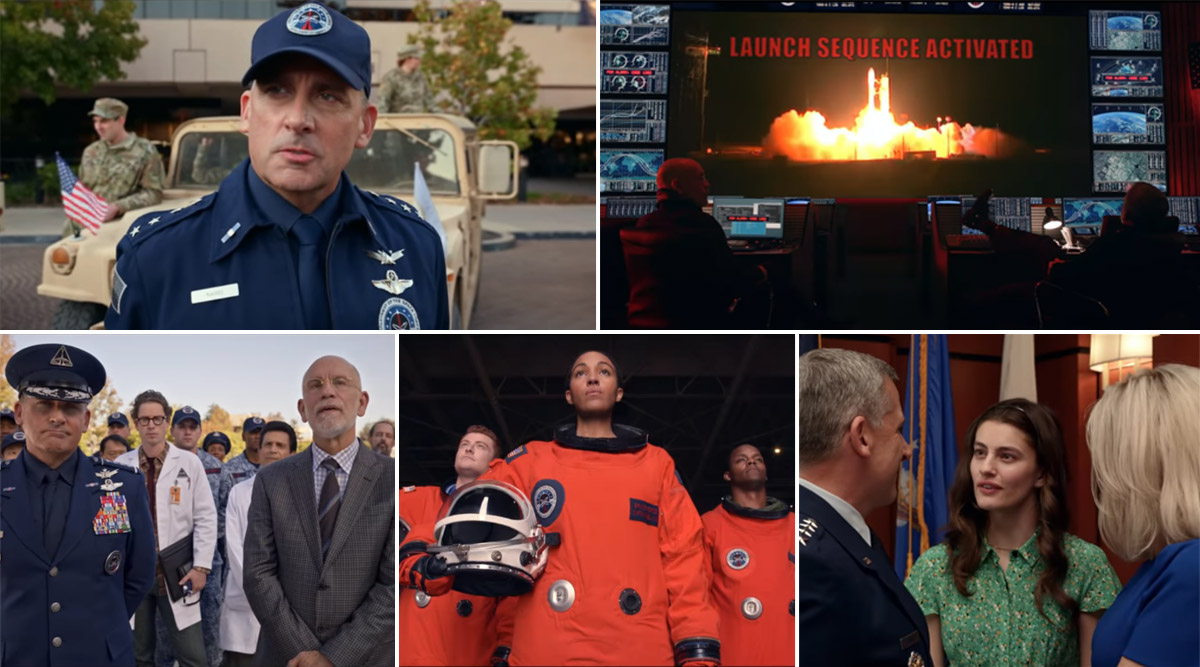 All The Office fans, Steve Carell is back as the new boss - this time for a space research department. For the ones who are acquainted with Carell's Michael Scott would know the kind of followers he has and how iconic his character got with time. Space Force is essentially a workplace comedy (like The Office) that revolves around a group of people who establish the sixth branch of the United States Armed Forces, the United States Space Force. Carell is obviously heading them and he's the kind of boss that you wish for and yet you don't. Space Force Trailer: Steve Carell Returns as the 'World's Best Boss', Not For a Paper Company But the Space Army (Watch Video).

Going by its newly released trailer, Carell plays General Mark R. Naird who unwillingly takes up the mantle to head the new space division. The new trailer, however, focusses on John Malkovich, who plays the branch's science chief, and on Ben Schwartz's character, Space Force head media manager F. Tony Scarapiducci. It gives us an insight into Naird's team and how his managerial skills that we are already well-acquainted with. The new trailer ends with a chimp and a dog floating in an aircraft in the space. Naird who's watching the test proudly laughs while saying, "That is cute! Mission accomplished." John Krasinski and Steve Carell Reflect On The Office's 15th Anniversary, Share Their Favourite Moments in a Surprise Reunion (Watch Video).

Check Out the New Trailer of Space Force

Space Force is created by Carell and Greg Daniels, a writer, producer and director who has worked on The Simpsons, The Office, Parks and Recreation and other popular shows. The show is slated to premiere on Netflix on May 29.