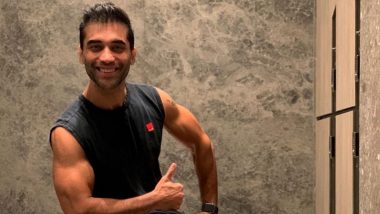 In what can be a huge shock to fathom, actor Kushal Punjabi, who was last seen on television in Colors' thriller drama Ishq Mein Marjawan, passed away last night. While the reason for his demise is not known, his good friend Karanvir Bohra confirmed the news and wrote down an emotional post for the late actor, who was only 37 years old. Kushal is survived by his wife and kid. Bigg Boss 13: Karanvir Bohra and Wife Teejay Are Disgusted at Siddharth Shukla’s Lack of Manners (Watch Video)

Ur demise has shocked the hell out of me.I'm still in denial @itsme_kushalpunjabi I know you are in a happier place, but this is unfathomable. The way you lead your life really inspired me in more ways than one....but what was I to know. Your zest for dancing, fitness, off-road biking, fatherhood and above all that, that smiling face of yours, your happy-go-lucky nature your warmth all that was such ingenuity. I'm gonna miss you so much #kushlani You will always be rememberd sad a guy who lived a full life. #dancingdaddy #fit #lifeenthusiast #biker #smilingface #onelifeliveitright #restinpeace #omnamoshivaya

Kushal started his showbiz journey with Gladrags Manhunt Contest in 2000. He has been a notable part of shows like CID, Kabhi Haan Kabhi Naa, Kasam Se, Raja Ki Aayegi Baraat, Rishta Dot Com, Aasman Se Aage, Zindagi Wins and was last seen in Ishq Mein Marjawan. Kushal also made his presence in Lakshay, Kaal, Salaam-e-Ishq and Dhan Dhana Dhan Goal among other films. He was also a dancer and fitness enthusiast. Our deepest condolences are with Kushal's family.

(The above story first appeared on LatestLY on Dec 27, 2019 09:16 AM IST. For more news and updates on politics, world, sports, entertainment and lifestyle, log on to our website latestly.com).