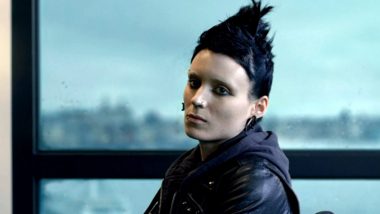 A stand-alone series on Lisbeth Salander, the protagonist from "Girl With the Dragon Tattoo", is in development at Amazon Studios. The project, which is currently titled "The Girl With the Dragon Tattoo", will neither be a sequel nor a continuation of the story from the books or film adaptations. According to Variety, the series will place Salander in the contemporary world with a new setting, new characters, and a new story. No writer or lead actor is currently attached to the series. Percy Jackson TV Series in Works at Disney Plus.

Andy Harries, founder and CEO of Left Bank Pictures, will executive produce along with Rob Bullock. Amazon Studios and Left Bank will produce in association with Sony Pictures Television. Salander was created by Stieg Larsson for the Millennium Books, of which the author had completed three before his death - "The Girl With the Dragon Tattoo", "The Girl Who Played With Fire", and "The Girl Who Kicked the Hornets' Nest". David Lagercrantz then took over the writing and went on to publish the books "The Girl in the Spider's Web", "The Girl Who Takes an Eye for an Eye", and "The Girl Who Lived Twice". National Treasure Franchise to Have A Third Film With Nicholas Cage as Lead and A Disney Plus TV Series With A Younger Cast.

The success of the book series gave birth to several big-screen adaptations with many actors portraying Salander. In the Swedish film trilogy based on the first three books, Noomi Rapace played the adult version and Tehilla Blad starred as the child version of the character. Rooney Mara played the role in the 2011 American adaptation of "The Girl With the Dragon Tattoo" and seven years later Claire Foy featured in the title role of "The Girl in the Spider's Web".