Vikas Gupta comes out of the closet, reveals he is bisexual. Check it out. 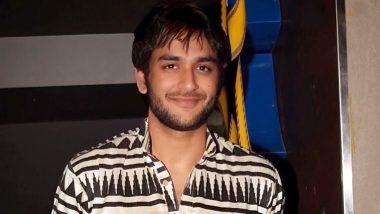 Bigg Boss 11 contestant Vikas Gupta is back in the news. Well, this time for all the good reasons. As the producer has finally come out of the closet. June is celebrated as the Pride Month across the globe and on this day, Gupta has revealed that he is BISEXUAL. This is a piece of big news coming from the television space as saying the three words – ‘I am Bisexual’ is not at all easy. It was just a few days ago when Vikas had grabbed headlines when he posted a video on his Instagram calling out Parth Smathaan, Shilpa Shinde and Priyank Sharma for maligning his image in the public eyes. Riverdale Actress Lili Reinhart Comes Out as a ‘Proud Bisexual Woman' in A Post Supporting the #BlackLivesMatter Movement.

And now looks like keeping the negativity aside, the man has finally spoken without mincing words. Gupta took to his Twitter and wrote how he falls in love with people regardless of their gender. “With Pride I am Bixesual #Vikas Gupta PS No more being blackmailed or bullied. Not just this, he also called out two people, Parth Samthaan and Priyank Sharma for forcing him to finally say it out loud. Vikas Gupta Calls Out Parth Samthaan, Shilpa Shinde and Priyank Sharma, Blames Them for Making His Life Hell Everyday (Watch Video).

Hi Just wanted to let you know a tiny detail about me. I fall in love with the human regardless of their gender. There r more like me. With #Pride I am Bisexual #VikasGupta PS No more being blackmailed or bullied #priyanksharma #ParthSamthaan ThankU for forcing me to come out 😊 pic.twitter.com/0N403EDukp

Here I am , how I am - Standing tall and I will not be shamed bullied or blackmailed for what God has made me . It has been years of torture and humiliation and hiding my emotions but that has not stopped me from being a good human being who is constantly evolving. I have made mistakes and I will continue to do so but I am learning and not repeating them. I will move shed to do better. My family has left me for what ever reason they want to give but I will not Bring shame to Them by putting details of it both #parthsamthaan and #priyanksharma have done terrible things but I will not shame them either of what all has happened cause mud slinging is what one of them loves. I spoke today because they pushed me to this extend . I will put one last post after both have spoken. To give what is needed for people to know the truth. After which they can do and keep doing what they want to. As for my mom , I love you even if you don’t love me anymore. My siblings who I have brought so much shame to, seeing you makes me swell with pride and my friends who don’t find me kool anymore thankyou for being good to me when ever you were. I am thankful #karankundra undra for all these years even after knowing about my sexuality you chose to stand by me even though people would gossip about u too but you dint leave my side and was there like an older brother protecting me . M for making me realise it’s okay And Ekta di for the only one who has been there no matter what and I will be there no matter what ❤️ Gayu Maam Thanku for the call yesterday. This is what came out of it #Lostsouls I have a family . Thankyou for taking care of me .

Indeed, it requires guts to accept one's sexual orientation and we are so proud of you Vikas. Way to go! That’s one way of coming out with pride. And we’re sure that neither Parth nor anyone else can put a dampener on your exhilaration. Happy pride guys. Stay tuned!

(The above story first appeared on LatestLY on Jun 20, 2020 11:41 PM IST. For more news and updates on politics, world, sports, entertainment and lifestyle, log on to our website latestly.com).