2020 was the year of BTS. And with 2020 coming to an end just like that, here are the 5 best things that happened to the K-Pop stars this year and we couldn't be any happier for them. 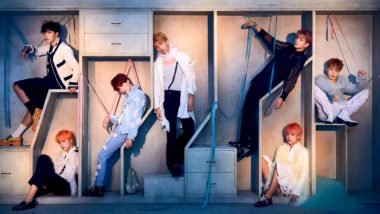 K-Pop boy band BTS is undoubtedly the world's biggest and most popular band in the world in today's times. From catchy youthfull feel good numbers to some deep ones that stirred emotions like never before, BTS has performed them all and won fans all over the world, BTS Army like they call it. While the band has been around since 2013, their popularity soared in the past 2 years. BTS launched into global music by 2017 and there has been no turning back for them ever since. BTS: Members, Net Worth, Facts - All You Need To Know About the Most Popular K-Pop Boy Band In the World.

BTS consists of members RM, Jin, Suga, J-Hope, Jimin, V, and Jungkook. The group has time and again only proven that hard work indeed gets you places and in their case- gives you global recognition and fame. And with 2020 coming to an end just like that, here are the 5 best things that happened to the K-Pop stars in 2020 and we couldn't be any happier for them. BTS Makes K-Pop History by Presenting at the Grammy’s; BTS Army Go Gaga over Korean Boys’ Debut.

Black Lives Matter became a huge world wide movement with millions of people rallying in favour of it. And showing their support in their own way, the band and their record label donated $1 million to the movement. This move came soon after the K-Pop stars stated that the band and their label stand in solidarity with #BlackLivesMatter. Black Lives Matter: BTS Joins the Fight Against Racism After the Horrendous Killing of George Floyd (Read Twitter).

BTS made single barely 9 hours after they released the most happening song of 2020 - Dynamite. The colourful and lively video not only saw the biggest YouTube live premiere in the website’s history, but also amassed 3 million concurrent viewers during its live session. It also surpassed 10 million views in 21 minutes and at the time of writing this article, the video stands at 700 million plus views. BTS Music Video Dynamite Crosses 600 Million Views on YouTube, BTS Army Cannot Stop Gushing Over K-Pop Boy Band With Congratulatory Messages.

A Grammy is a huge deal for any music artist and that's what happened. The K-pop group earned their first ever Grammy Award nomination in November 2020 for their super-duper hit single Dynamite. They were nominated alongside legends like Taylor Swift, Justin Bieber, Lady Gaga and Ariana Grande among others. BTS Becomes First EVER K-Pop Band to Earn Grammys Nomination, ARMY Flood Twitter With Purple Hearts & Photos to Congratulate the Singers.

Delivered A Speech At United Nations For the 2nd Time

BTS became the first ever K-Pop band to be invited to speak at the United Nations General Assembly in 2018. And in 2020, they became the only ever band to be called once again on the global platform to speak about this year's highlight - the Coronavirus Pandemic, and how it impacted them as artists. They also delivered a message of hope to the world. Well, it is safe to say that 2020 was indeed, the year of BTS!

(The above story first appeared on LatestLY on Dec 19, 2020 10:00 AM IST. For more news and updates on politics, world, sports, entertainment and lifestyle, log on to our website latestly.com).