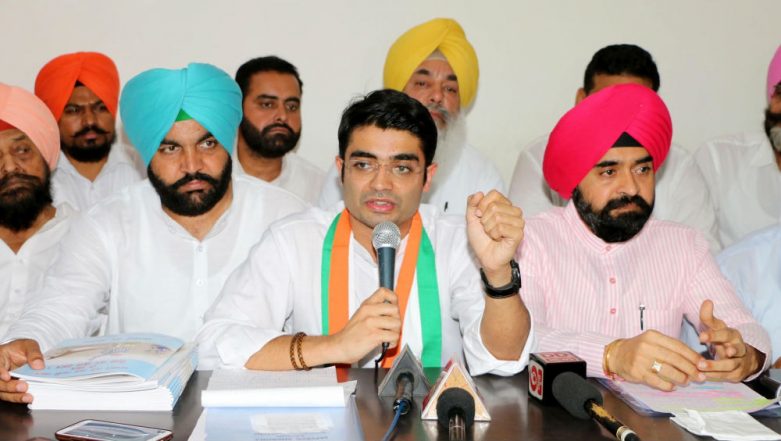 "They have exposed themselves in a bid to attack Rahul Gandhi on Wikileaks (reports)," said Congress spokesperson Jaiveer Shergill.

The Bharatiya Janata Party (BJP), before attacking Rahul Gandhi on the Wikileaks issue, should explain Arun Jaitley's stand that the "BJP uses Hindu nationalism as a tool to attract votes", he said.

"Jaitley further said 'Hindu nationalism is the classic opportunity and a tool for opportunism' and said 'Modi is a polarising personality' in his discussion with a US diplomat in 2005.

"The BJP should reply on this first. If they wish to attack Rahul Gandhi based on Wikileaks (reports), they should first seek reply from their own Minister," he added.

Referring to a cable of the US Embassy in New Delhi, Shergill said: "Jaitley argued that Hindu nationalism will always be a talking point for the BJP. He characterised this as an opportunistic issue."

"In India's north-east, for instance, Hindutva plays well because of public anxiety about illegal migration of Muslims from Bangladesh.

"With a recent improvement of Indo-Pakistan relation," he added, "Hindu Nationalism is now less resonant in New Delhi but that could change with another cross-border terrorist attack, for instance, on the Indian Parliament," said Shergill.

"Jaitley agreed with the Charge d'affairs point that Modi was a polarising personality," he added.

The Congress leader said: "They are attacking Rahul Gandhi on Wikileaks (reports) just to divert attention from people's issues.

"Today, again there is no money in ATMs, atrocities on Dalits are increasing, government is silent on Rafale, Nirav Modi and Mehul Choksi, also on spurt in the profit of businesses of Jay Shah and Piyush Goyal. They just want to run away from giving reply on these issues," he added.