Delhi court to heard bail petition on Shantanu Muluk and lawyer Nikita Jacob in the Greta Thunberg toolkit case registered in connection with the ongoing protests against the three farm laws at 2 p.m on Monday. 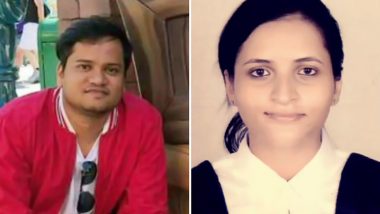 New Delhi, March 9: A Delhi Court will hear the anticipatory bail petition of engineer-turned-activist Shantanu Muluk and lawyer Nikita Jacob in the Greta Thunberg toolkit case registered in connection with the ongoing protests against the three farm laws at 2 p.m on Monday.

The matter was slated to be heard at 10 a.m. in the morning by Additional Sessions Judge Dharmender Rana but was deferred to the afternoon after the counsel for the duo sought more time to read the reply submitted by the Delhi Police on the bail plea.

Climate activist Disha Ravi, Muluk and Jacob are facing charges of conspiracy and sedition in the case related to the farmers' protest. The Police said that the 'toolkit' was a sinister design to defame India and cause violence.

The Delhi Police have contended that the google document tweeted by Swedish climate activist Greta Thunberg to back the farmers' protest and then deleted, was created by the trio.

Fearing arrest, Muluk and Jacob had moved the court seeking the pre-arrest bail on February 23 and March 1, respectively. The court had then granted them protection from arrest till March and directed police not to take any coercive action. Toolkit Case: Greta Thunberg's Comments on Farmers' Protests Not Bilateral Issue Between India, Sweden, Says MEA.

On February 16, the Bombay High Court had granted 10 days transit remand to Muluk to allow him to approach the competent court in Delhi for a pre-arrest bail, and a day later, allowed three-weeks transit remand to Jacob in the case.

On February 23, the court had granted regular bail to Disha Ravi. The judge allowed the bail considering the "scanty and sketchy evidence on record".

In the bail plea, Muluk has asserted that he merely created the document with information on the agitation, which was then edited by others without his knowledge.

(The above story first appeared on LatestLY on Mar 09, 2021 01:07 PM IST. For more news and updates on politics, world, sports, entertainment and lifestyle, log on to our website latestly.com).