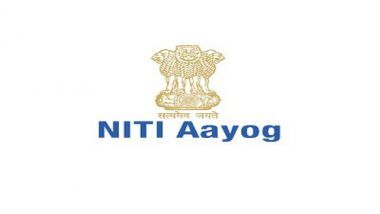 New Delhi, Sep 20: A range of medical devices, old or new, will soon have an 'Indian standard' and nearly 1,000 products are presently being benchmarked, a top government official said Thursday. NITI Aayog member V K Paul, in his address at a conference here, said the standardisation is expected to be completed in the next two months. "We don't have any Indian standards (for medical devices). As we speak, about 1,000 products' standards are being completed, and the deadline for that is about two months from now.

"And, from old devices to new, most of the important devices will carry Indian standardisation from the BIS," he said. The Bureau of Indian Standards (BIS) is the national standards body of India working under the aegis of the Ministry of Consumer Affairs, Food & Public Distribution.

The conference MedTekon 2018 -- MedTech Vitalsing Ayushman Bharat, organised by Medical Technological Association of India (MTaI) was also attended by Swedish envoy Klas Molin. Molin said Sweden, both at government and company-level, would like to engage with India when it comes to health and life sciences. First Delta Ranking of Aspirational Districts by Niti Aayog: List of Most And Least Improved Districts.

Paul, a key architect of the Centre's flagship health scheme -- Ayushman Bharat, also urged the Sweden to partner with the country in this mission and asked the private medical technology companies of India to be "catalyst of change" in this "revolution waiting to happen".

Prime Minister Narendra Modi will inaugurate the scheme nationwide on September 23 from Ranchi. Under this scheme, 10.74 crore families of the country will get free medical facilities up to Rs 5 lakh. The 'Ayushman Bharat' scheme aims to holistically address health (covering prevention, promotion and ambulatory care) at primary, secondary and tertiary levels. MTaI welcomed the move by the government to bring Indian standardisation, but cautioned that it should not "dilute the existing" global standards that companies adhere to.

At a press conference held on the sidelines of the conference, MTaI Chairman Pavan Choudhary and other members said that several Indian med-tech firms are already following global best standards. "The new standards would help bring into those players who do not confirm to such standards. But, the Indian standards once they are brought in will need a lot of harmonising with the existing global norms," said Probir Das, director of MTaI. PM Modi Likely to Announce Ayushman Bharat Pilot Projects.