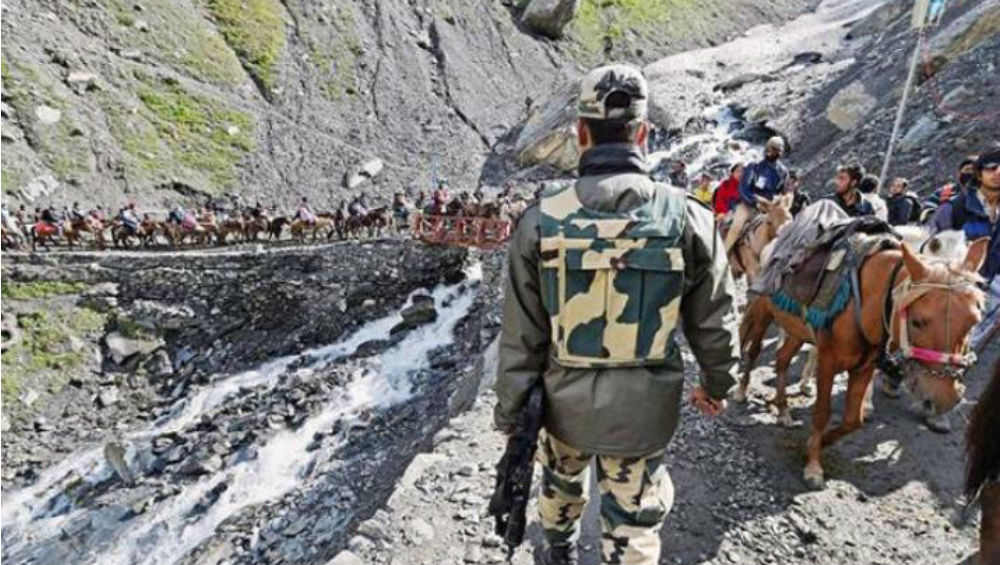 New Delhi, February 14: The dates of Amarnath Yatra 2020 were finalised on Friday, with the pilgrimage scheduled to commence from June 23 and end on August 3. The schedule was finalised at the 37th board meeting of the Shri Amarnathji Shrine Board (SASB), held in Jammu today. The meeting was presided over by Jammu & Kashmir Lieutenant Governor Girish Chandra Murmu.

The Amarnath Yatra last year, which was abruptly called off before the abrogation of Article 370, witnessed a footfall of over 3.42 lakh pilgrims. The numbers were 20 percent up as compared to 2018. The yatris were equally divided in the use of Pahalgam as well as the Baltal route. Amarnath Yatra 2019: Pilgrim Count Rises by 20% As Compared to 2018, 3.42 Lakh Devotees Perform Yatra Despite Terror Fear, Bad Weather.

The Amarnath Yatra 2020 would be the first to be undertaken after the conversion of the state of Jammu & Kashmir into a union territory. In August this year, the Centre had scrapped J&K's semi-autonomous status by abrogating Article 370. The Home Ministry also bifurcated J&K into two separate UTs - one comprising of Jammu & Kashmir and the second including Ladakh and Kargil.

The Amarnath shrine, apart from being located in the militancy-hit region of South Kashmir, is also located at a height of 3,888 metres. The shrine, an ice stilgamate, is considered to be symbolic of Lord Shiva's mythical powers. During the course of pilgrimage, deaths have been reported of several elderly persons due to cardiac arrests and respiratory ailments.