Reports inform that the woman had a dispute with her mother-in-law over ‘Jagananna Cheyutha’ money, a financial assistance scheme that has been launched by the state government of Andhra Pradesh. 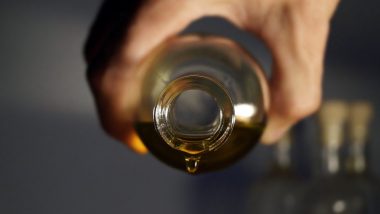 Chennai, June 28: In a shocking incident, a woman in Andhra Pradesh poured boiling oil on her mother-in-law after an argument over money. Reports inform that the woman had a dispute with her mother-in-law over ‘Jagananna Cheyutha’ money, a financial assistance scheme that has been launched by the state government of Andhra Pradesh. According to a report by TOI, the incident is said to have taken place at Gudivada in Krishna district on Saturday night. Andhra Pradesh Shocker: Unable To Bear Harassment, Woman Hacks Husband to Death Over Drinking Issues.

The victim has been identified as 55-year-old Chukka Lakshmi. She suffered severe burns on her face, shoulders, and hands. The report quotes sub-inspector V Rajendra Prasad saying that the victim is a beneficiary of ‘Jagananna Cheyutha’ scheme and had received Rs 18,000 recently.

Lakshmi’s daughter-in-law named Chukka Swarupa, who is 25-year-old, asked her to give the money to her, to which Laxmi refused. This led to a dispute between the two after which they engaged in a heated argument. The brawl lasted for more than two hours. Reports inform that the duo live in two different portions of the same house.

As per the TOI report, when both of them stopped arguing, Lakshmi went to sleep. However, Swarupa, who had revenge in mind, boiled cooking oil in a vessel and threw it on Lakshmi through a common door between the two portions.

The report informs that the hot oil spilled over Lakshmi’s face, shoulders and hands. As the victim shouted for help, the neighbours rushed her to government hospital. The victim suffered 30 percent burns and her condition is stable now. As the matter was reported, cops swung to action and reached the hospital to record her statement. A case has been registered against Swarupa and her husband Shiva Narayana under Section 326 of IPC.

(The above story first appeared on LatestLY on Jun 28, 2021 04:43 PM IST. For more news and updates on politics, world, sports, entertainment and lifestyle, log on to our website latestly.com).