Bihar: 40 More People Lose Vision in One Eye After Cataract Surgery in Muzaffarpur, Tally Rises to 65

With 40 more people losing vision in an eye after contracting severe infection post cataract surgery, the number of affected people rose to 65, officials said on Wednesday. 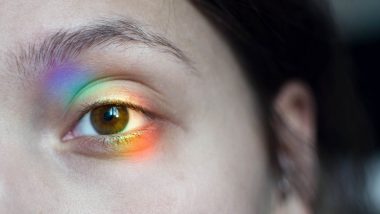 Following the operations between November 22 and 27, the victims developed severe eye infection. Twenty-five victims were detected till Tuesday.

While hospitals of Muzaffarpur and Patna have so far, removed infected eyes of 12 people so far, the remaining 53 also have been advised the same. Bihar Shocker: 25 People Lose Eyesight After Undergoing Cataract Operation at Hospital in Muzaffarpur.

An eye hospital located at Juran Chapra locality of Muzaffarpur had organised an eye check- up camp on November 22. After examinations, more than 100 persons were suggested to undergo cataract operation.

Eye specialist ND Sahu performed the surgeries. It has come to light that Sahu did not have any experience of eye surgery. After the operations, when several patients complained of pain in eyes, the hospital administration gave them pain killer injections.

Vinay Kumar Sharma, the civil surgeon of Muzaffarpur said: "More cases of eye infection have come to our knowledge. We have already constituted a team headed by the blindness control officer of the district to investigate the matter. The team has inspected the hospital and operation theatre which was used for the surgery. It failed on many parameters that compromised hygiene.

"The team has also recommended for cancellation of Sahu's license. We will also take action against the hospital as well," Sharma said.

Following the incident, all 65 persons have lost one eye. Majority of them were admitted in Sri Krishna Medical College and Hospital Muzaffarpur, the officials said.

Ram Murti Singh, a native of Sonversha village in Sheohar district and a victim, said: "We have learnt that a mega eye check up camp was organised by the hospital on November 22. Accordingly, I came to the hospital where doctors told me that I have cataract which needed to removed surgically. Four hours after the surgery, the operated eye started to hurt. When I contacted the doctors of the hospital, they gave me a pain killer tablet and also an injection."

"The injection gave me temporary relief. After a few hours, the pain resurfaced," Singh said.

Meena Devi, a resident of Mushari locality in Muzaffarpur said: "After the operation, I underwent immense pain in my eye. When contacted, the concerned doctor gave the pain killer injection. In the night, vomitings also started. The doctors of the hospital discharged me the next day."

"When I came to the hospital the next day (November 24), the doctor blamed me for the infection. When I strongly challenged the doctors, they asked me for removal of the infected eye. As there was no one from the family present, I asked them to proceed for the removal which they did," Meena Devi said.

Harnedra Rajak, a relative of a victim Ram Murti Sharma said: "Nine patients who were suffering from severe infection went to Patna for eye checking. The doctors in Patna told us that severe infection arises due to wrong operation. They also suggested us to remove the operated eye otherwise it may infect other eye."

(The above story first appeared on LatestLY on Dec 01, 2021 01:20 PM IST. For more news and updates on politics, world, sports, entertainment and lifestyle, log on to our website latestly.com).