"We have recorded the statements of deceased's family members and are waiting for post-mortem report. An FIR under relevant IPC sections of murder and criminal conspiracy has been registered against the accused. Further investigation is underway," Pandey said. 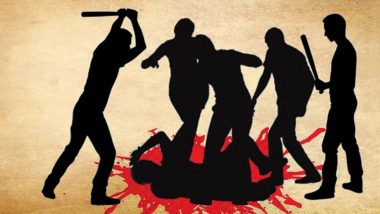 Patna, July 29: A 22-year-old man was beaten to death in Bihar's Muzaffarpur district on Thursday morning allegedly for having a love affair. The deceased Rajesh Kumar sustained multiple injuries and died in Sri Krishna Medical College and Hospital (SKMCH). Deceased's uncle Harendra Ram has alleged that Rajesh was having a love affair with a girl and her parents are involved in his murder.

"The girl's parents came to our house in Panapur village under Meenapur police station on Wednesday evening and took him to their house. They beat him mercilessly using batons, iron rods and bricks until he became unconscious. The girl's family members, after Rajesh became unconscious, took him to SKMCH where he succumbed to his multiple injuries," Ram said.

"Rajesh sustained scull fractures apart from several blunt wounds on his body. He also had marks on hands and legs which indicate that he was tied with ropes before being tortured," Ram said. Girl's father, who is on the run, claims that Rajesh came to his house to steal a bike. Uttar Pradesh: Drunk Father Allegedly Strangles 14-Year-Old Son to Death Over Argument in Kasiya Village.

"He was caught red handed and the neighbours beat him until he became unconscious. We took him to the hospital where he died," He said. Manoj Pandey, the DSP of Muzaffarpur (East) said: "We have started the investigation of the case by taking the statements of neighbours who may be accused in this case. The girl's family is on the run. We have constituted a team to nab them."

"We have recorded the statements of deceased's family members and are waiting for post-mortem report. An FIR under relevant IPC sections of murder and criminal conspiracy has been registered against the accused. Further investigation is underway," Pandey said.

This was the second incident in just a week where a man was tortured until death over love affair. On last Friday, a 22-year-old man named Saurav Kumar (22) was beaten to death in Repura Rampur Shah village under Kanti police station of Muzaffarpur. Saurav, a resident of neighbouring Sonvarsa village had gone to the girl's house to meet her. Madhya Pradesh Shocker: 14-Year-Old Rape Survivor Delivers Baby At Chhindwara Police Station While Lodging Complaint.

The girl's parents caught him and allegedly beat him to death. They even cut off his genitals. Agitated over the murder, victim's parents performed his last rites in front of the girl's house.

(The above story first appeared on LatestLY on Jul 29, 2021 06:14 PM IST. For more news and updates on politics, world, sports, entertainment and lifestyle, log on to our website latestly.com).