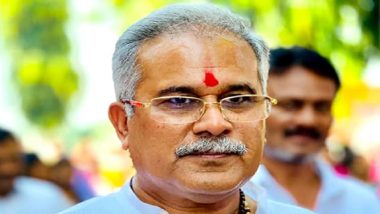 Raipur, 14 June: Chief Minister Mr. Bhupesh Baghel made a major announcement today saying that the children studying in private schools, who have lost parents/guardians to COVID-19 would be provided free education by Chhattisgarh Government. Under Mahtari Dular Yojana, Chhattisgarh Government would bear the expenses of education of such children. Such children will have the choice to either continue their education in the same private school they have been studying for past one year or they can go for Swami Atmanand English Medium School. State Government would bear their school fees.

Regarding the implementation of Mahtari Dular Yojna, it has been informed that School Education Department would work  in coordination with the Health Department and Social Welfare Department to provide benefits of this scheme to such children. Chhattisgarh Mahtari Dular Yojana 2021 is applicable from academic session 2021-22. The benefit of the scheme will be given to destitute children belonging to the domicile families of Chhattisgarh. Children who have lost the earning parent (mother, father or both) due to COVID-19 are eligible to avail this scheme.

The children found eligible under the scheme will be provided free education in the schools of the state. Such children will be given priority for admission in Swami Atmanand English Medium School run by state government, and the entire expenditure of their education will be borne by state government. In addition, monthly scholarship will also be provisioned.

(The above story first appeared on LatestLY on Jun 14, 2021 03:50 PM IST. For more news and updates on politics, world, sports, entertainment and lifestyle, log on to our website latestly.com).