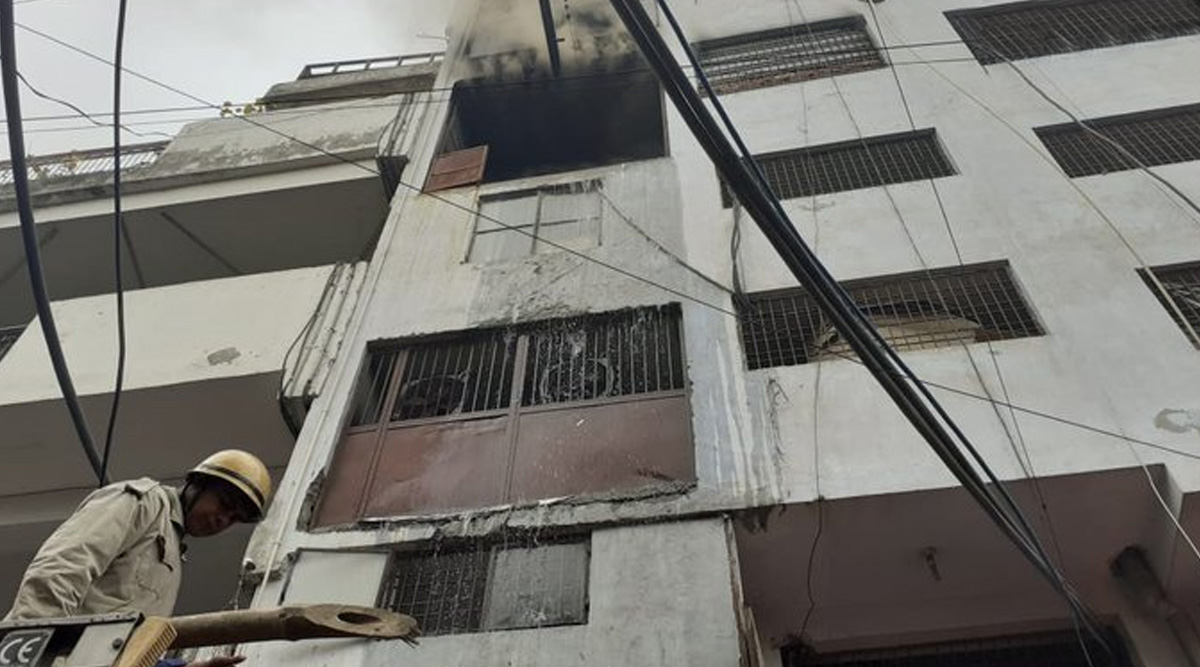 New Delhi, January 14: A fire has broken out at a shoe manufacturing unit at Delhi’s Lawrence Road area on Tuesday.  As soon as the incident was reported,  26 fire tenders rushed to the spot. The firemen are trying to douse the massive blaze. Rescue operations are currently underway. Till now, there are no reports of any casualty or collateral in the fire. Delhi Fire Tragedy: Anaj Mandi Building Owner Rehan, Manager Arrested by Police After Blaze Kills 43.

The cause of the blaze is yet to be ascertained. The number of people trapped in the fire incident are also not known. More details are still awaited. Delhi: Fire Breaks Out in Slums in Sarai Rohilla Near Liberty Cinema, 4 Fire Tenders Reach Spot.

#Delhi: Fire breaks out at a footwear manufacturing unit at Lawrence Road, 26 fire tenders rushed to the site pic.twitter.com/LMQF2kwnud

It is the second incident of fire in Delhi in the last one week. Earlier on January 9, one person died in a massive blaze that out at a three-storeyed paper printing press in Delhi. The fire broke out at printing press in Patparganj Industrial Area.