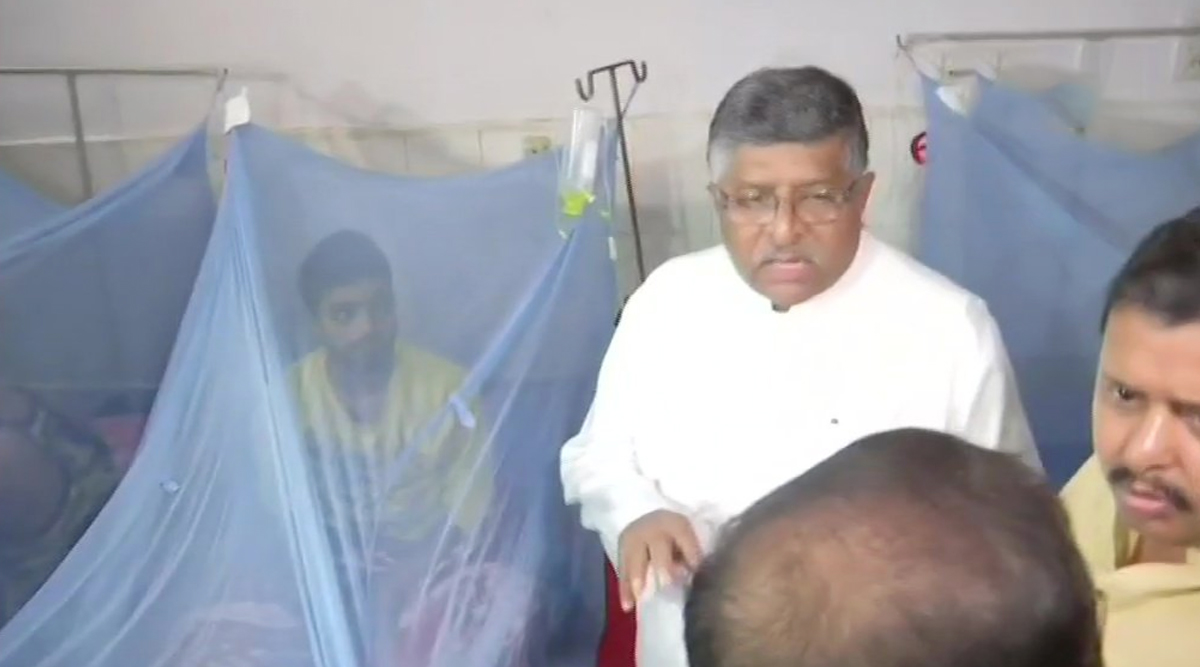 Patna, October 9: Amid the rising dengue scare in Bihar, Union Minister Ravi Shankar Prasad on Wednesday visited a hospital in Patna and met the patients suffering from the disease. According to a tweet by ANI, Prasad said the Central and state governments are working together to control outbreak of diseases in the state. "I'm here to take stock of health services after flood water receded. There were 119 cases of dengue in hospital, of which 16 are still there", the Minister said.

Earlier this month, 900 cases of dengue were reported from across the state, including 640 cases in Patna alone. Heath officials stated that dengue is spreading fast in the worst waterlogged residential localities in Patna, but Bihar Health Department Principal Secretary Sanjay Kumar has, however, ruled out a dengue outbreak in Patna.

Union Minister RS Prasad visited a hospital in Patna today; says,"I'm here to take stock of health services after flood water receded.There were 119 cases of dengue in hospital, of which 16 are still there.Centre&state are working together to control outbreak of diseases". #Bihar pic.twitter.com/FIWJgo7H6G

Patna District Magistrate Kumar Ravi said there is danger of the outbreak of epidemics due to filth, dumped garbage and stagnant water in many areas across the state that have been hit by the recent floods. Residents of Patna feared for an outbreak of epidemic after floods wrecked havoc in Bihar following torrential rains. Parts of the state were submerged in stagnant rain water, which emitting stench and animal carcasses floating around.

Torrential rains crippled normal life in the state with severe waterlogging in Patna. A total of 73 people were killed in Bihar in rain-related incidences and over 20 lakh people have been affected.