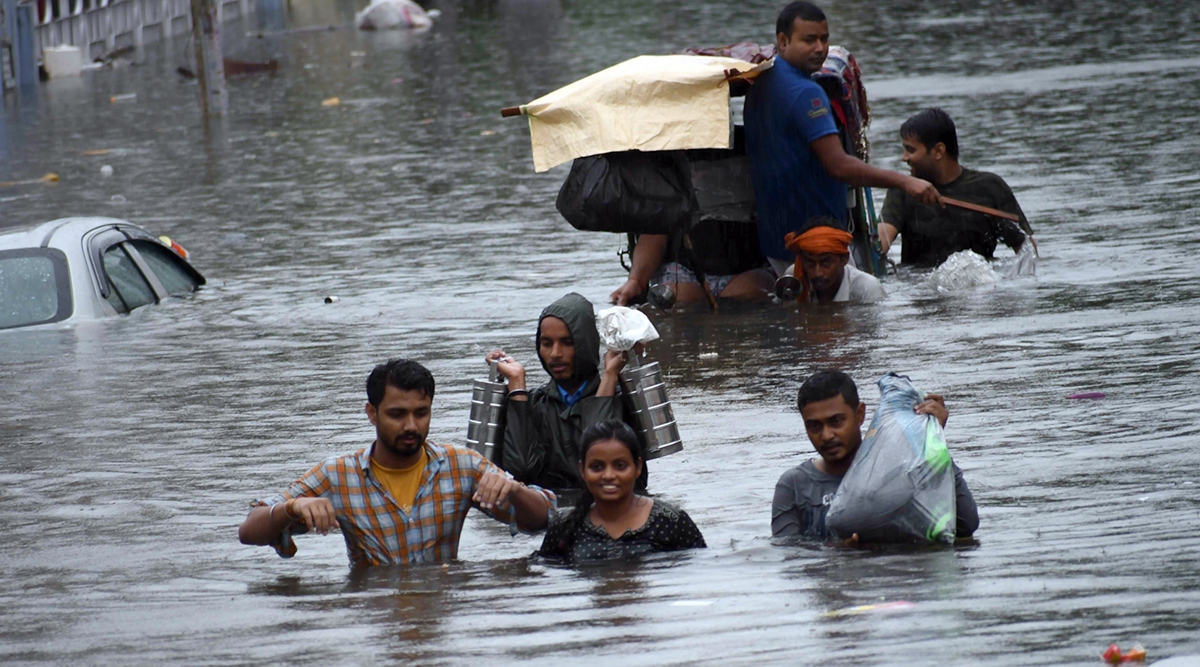 Patna, October 6: Heavy rainfall battered Bihar during the last month, killing at least 73 people across the state. The record rains across Bihar caused heavy water-logging and floods, following which over 900 people were tested positive for dengue in parts of the state. Reports inform that out of the total, 640 cases have been reported in Patna alone. In the wake of the current situation,  the local authorities in the state have launched a fumigation drive to combat the mosquito-borne disease from spreading any further.

According to a tweet by ANI, Sanjay Kumar, Principal Secretary Health, Bihar, the experts said that the vector density of mosquitoes is increasing. For this, 24 teams are spraying 'Temefos' in Patna to kill mosquitoes. Kumar confirmed the positive dengue cases in the state and said that till now, 900 cases of dengue have come to light in the state, including 640 cases in Patna.  Bihar Floods: 73 Dead, NDRF Evacuates Over 9,000 People From Affected Areas.

Sanjay Kumar, Principal Secy, Health, Bihar: The team of experts has also told us that vector density of mosquitoes is increasing. 24 teams are spraying 'Temefos' in Patna to kill mosquitoes. Till now, 900 cases of dengue have come to light in the state, incl 640 cases in Patna. pic.twitter.com/Rg1sj6KuE6

Kumar added saying that a team of experts from National Institute of Malaria Research and Rajendra Memorial Research Institute of Medical Sciences, Patna informed that there is no indication of an outbreak of a vector-borne disease in Patna. Apart from Patna, low-lying areas like Kankarbagh, Rajendra Nagar, Gardani Bagh, Dak Bungalow and SK Puri are also submerged in water due to heavy rainfall in the region.

Meanwhile, as flood-water began to recede rail services resumed on Patna-Gaya rail route and on Bakhtiyarpur-Rajgir rail route. According to a weather bulletin by the India Meteorological Department (IMD), Patna and several other surrounding regions are likely to receive more rainfall in the next two days. The maximum and minimum temperature would be hovering around 24 degrees Celsius and 32 degrees Celsius respectively in the coming week.