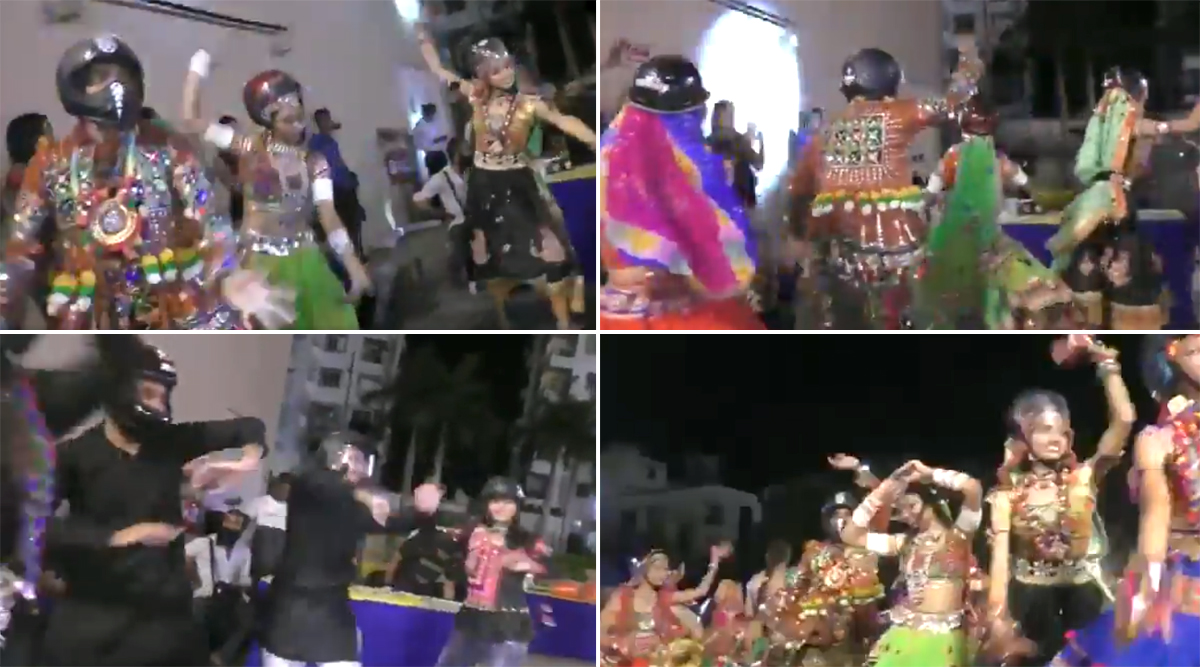 Surat, September 30: The festival of Navratri is being celebrated in the most unique in Gujarat's Surat this year! In a bid to create awareness about following traffic rules, a dance group from a 'garba class' in Surat performed 'garba' dance wearing helmets. According to a tweet by ANI, the dancers stated that they wanted to encourage people to wear helmets for their safety and thought about this unique way to make them aware about road safety.

The group members said that wearing helmet, seatbelt is for one's own safety and it should be followed by all. Emphasizing about the safety of people, the members of the group said wearing helmets and seat-belts should not be a forceful act by the government as it does not benefit them in any way. They are of the opinion that individuals should do it willingly so that they can enjoy all the festivals for a longer time in their life. Navratri 2019: Dandiya and Garba Enthusiasts You'll Find in EVERY Navaratri Event!

#WATCH Gujarat: A dance group from a 'garba class' in Surat, perform garba dance wearing helmets, in a bid to create awareness among people about the usage of helmets. They say "We wanted to encourage people to wear helmets. This is for our own safety." (29.09.2019) pic.twitter.com/gvtUGMZsYD

According to reports, body paint tattoos have also become a part of Navratri celebrations in Gujarat. Several youngsters in Surat are aligning tradition with some edgy designs, and to make things better, they are all based on relevant social issues. A report by ANI states that the women not only got their back painted with tattoos on topics like Article 370, Chandrayaan-2 for Garba Raas but also got body paint tattoos featuring Prime Minister Narendra Modi and US President Donald Trump during preparations for Navratri.