Indian Army Chief MM Navarane Says 'If Parliament Wants, PoK Will be Ours' 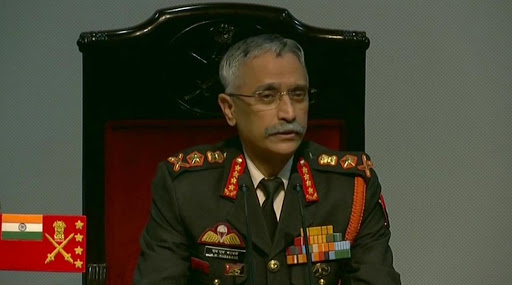 New Delhi, January 11: Indian Army Chief Manoj Mukund Naravane on Saturday said that the elite security forces have the ability and are ready to occupy the Pakistan Occupied Kashmir (PoK), provided there is a parliamentary resolution that entire Jammu and Kashmir is part of India. Adding more the Army Chief said, however, they would wait till the orders to take appropriate action.

Briefing a press conference in New Delhi, Army Chief MM Naravane said, as quoted by news agency ANI, "There is a parliamentary resolution that entire J&K is part of India. If Parliament wants it, then, that area (PoK) also should belong to us. When we get orders to that effect, we'll take appropriate action." Jammu And Kashmir on High Alert; 300 Terrorists Trying to Infiltrate Into Indian Territory Through LoC: Report.

Army Chief on if PoK can be part of India as stated by political leadership: There is a parliamentary resolution that entire J&K is part of India.If Parliament wants it,then,that area(PoK) also should belong to us. When we get orders to that effect, we'll take appropriate action pic.twitter.com/D7f7gJTalD

Apart from this, the Army Chief stated that their major concern is to deal with short term threat -- counter insurgency operations, and long term threat -- that is conventional wars. He said, "As far as Indian Army is concerned, for us the short term threat is counter insurgency operations, and long term threat is the conventional wars and that is what we are preparing for." He also mentioned that there is a need to re-balance forces on both Pakistan and China border.

Major General Naravane stated that these days LoC is very active. He said, "LoC is a very active. Intelligence alerts are received on daily basis&they are looked into very seriously. Due to this alertness, we have been able to foil these actions known as BAT actions." Jammu & Kashmir Put on High Alert After Intelligence Agencies Spot Terrorist Movement Along LoC.

Apart from this, the Army Chief applauded the people and local administration in helping bring peace in Valley. He said, "Everyone in Jammu and Kashmir, be it on LoC or hinterland, is doing a tremendous job. We have full support of people. We are grateful to local police and administration who support us. They don't have a harsh word to say about the army." Among other things, Major General Navarane spoke on induction of six Army Apache attack choppers, shortage of staff in Army, situation in Siachen, and it preparedness to deal with any possible threat.