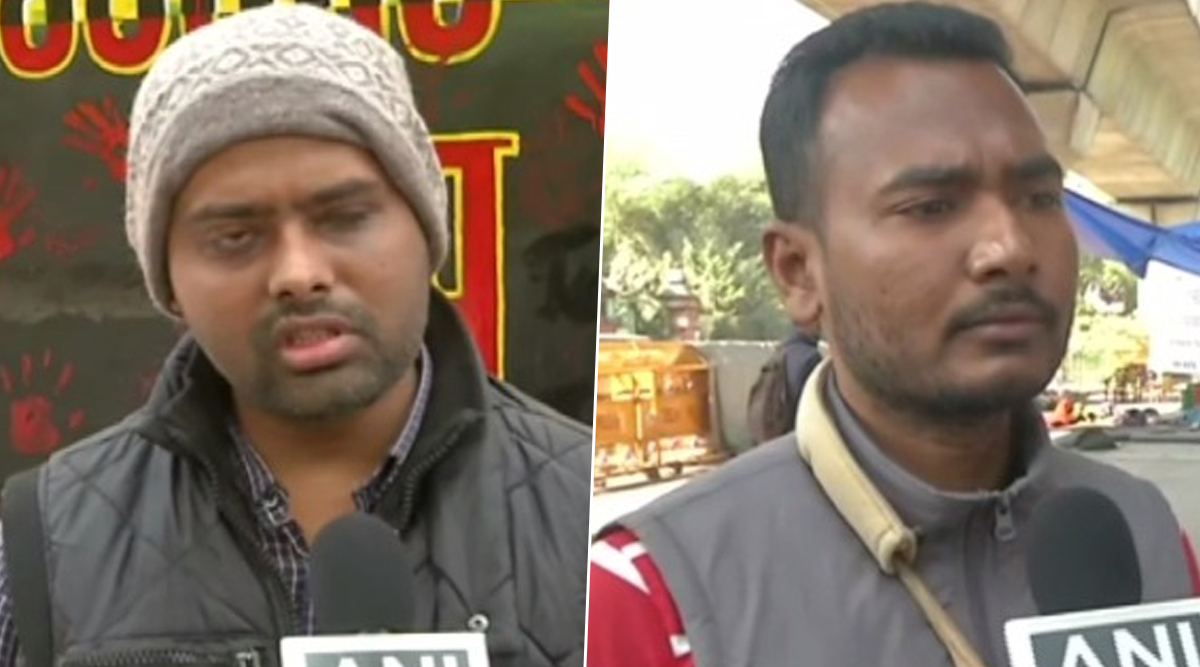 New Delhi, February 18: As Delhi Police formed a Special Investigation Team (SIT) to probe videos that purportedly show its personnel assaulting students of Jamia Millia Islamia campus on December 15 evening, most of the victims of the alleged police brutality on Tuesday rejected the initiative, saying they have no faith on it and demanded an independent probe into the matter.

While speaking to ANI, several students, who were present in the library on December 15 when police personnel allegedly carried out a crackdown at Jamia Millia Islamia, sought a fair inquiry under the supervision of court. Minhazuddin, a law student, who lost his left eye in alleged police action said that Delhi Police has lost its reputation for which it was earlier famous. Delhi Police Personnel Seen Smashing CCTV Cameras in Latest Video of December 15 Jamia Violence.

"We do not have any faith in Delhi Police. Now, it has become biased police. We have recently seen police action in JNU. We all know what happened there. Role of police has been suspicious. So, we want an independent inquiry, be it under the supervision of Supreme Court or High Court," he said.

Minhazuddin, who hails from Samastipur district of Bihar, was studying in library on the day of the incident which took place following protests against the Citizenship (Amendment) Act.He said that he tried to register an FIR against police action but no case has been registered so far. "I wrote to Delhi Police Commissioner, Lieutenant Governor and also to the Minority Affairs Minister about the incident.

But no action has been taken against the culprits. In fact, FIR has not been registered. So, how do you expect us to believe Delhi Police?" Minhazuddin asked.Mohamad Mustafa, another Jamia student, who got injured in police action, also raised questions on the police department and accused it of working under pressure of the central government.

"What was my fault? Why was I beaten up so brutally? Just because, I was studying in the library. I never participated in any protest. Despite that, they hit me brutally and broke my laptop. I did my best to file an FIR against the police action but that too was not registered," he said. Asked about SIT formation by Delhi Police, he said it was meaningless.

"Everyone knows what would be the outcome. When culprits become judge, what can you expect," added Mustafa. "If the government is serious, it could have formed a committee under a retired judge. Or the issue should be probed by a committee comprising of a retired judge and a retired police officer," he said.

Mustafa also said he has no faith on Delhi Police as it has not registered an FIR against its December 15 action. "Unless there is an independent inquiry, the reality of police action will not come in public domain," he said. Both Mustafa and Muzahiddin have knocked the doors of Delhi High Court seeking compensation of Rs 1 crore for injuries they suffered allegedly in police action on December 15.

Besides compensation, they have also sought registration of an FIR for the offences allegedly committed by the police.Ahmed Azeem, Public Relations Officer at Jamia, echoed the same sentiments as expressed by the victims. Jamia Violence Case: Delhi Police Files Charge-Sheet, Names Sharjeel Imam as 'Instigator'.

"There is anger against police among students. They were beaten up brutally. Now the police need to respond. But after the recent videos, it has been proved that police entered into the campus and hit the students brutally. We had also filed a complaint against Delhi Police, but FIR was not registered," he said.Azeem claimed that academic activities in Jamia campus are going on uninterrupted while the protest is also on outside the campus.